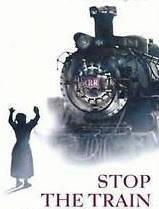 The fact is that the Tier 3 pension proposal is being driven by a combination of error and inadequate time for consideration. It is likely that the UC prez and probably the governor did not understand the mechanics of the "cap" they proposed to be imposed on the pension for new hires. A cap sounds like a simple lid that only has an impact when the pension formula produces a number that exceeds the cap. In fact, the specific cap mechanism they proposed is far more complicated and degrades the pensions of many who would not exceed the cap. (If you think they DID understand the cap, you are left with the implication that they didn't care about the consequences. Take your choice.)

Apart from the mechanics of the proposal, the money that is supposed to flow from the state is conditional on the new tier being in effect on July 1 of this year. Given the logistics of having the proposal installed on the various campus payroll systems, it is likely that the Regents will be told that if they don't approve the deal at the March meeting, the logistics can't be accomplished. (The logistics are complicated by the fact that given the nature of bargaining, labor law, and union contract durations, some employees will remain under the prior tier and some will be under the new one.)

Because of the obvious pension degradation, the task force charged with coming up with specifics of the new tier added a purely defined-contribution (DC) option. In the end, the proposed plan has the degraded pension with a DC supplement (which - as prior posts have noted - phases in with perverse timing) or the DC-only option. The DC-only option, in turn, has a "buyer's remorse" element which allows a delayed switch to the other option. Such a multi-choice plan raises two issues. What should be the defaults if participants don't make a choice? (Research indicates that people tend to follow a default option, whatever it may be.) And given the defaults, what will end up being the balance of new hires going into one option or the other? Such behavioral choices are difficult to model in advance and, in any case, could not be modeled adequately given the compressed time frame.

There are also complicated issues of valuing the options proposed, since the DC-only option involves more risk to participants than the other option (and both involve an increase in risk compared with the existing plan). Will salaries be adjusted upward to compensate for the decreased value of the degraded pension? By how much?

The Academic Senate has voted to reject the proposed plan. It is important to note that nobody who voted to reject is directly affected by the new plan. Let's repeat that fact since undoubtedly the vote will be depicted in the news media as greedy folks feathering their nests: No current retiree and no current employee of UC is affected by the proposal. The vote reflects a desire to protect the university in the future. It is not about the economic welfare of current retirees or current employees.

Given these facts, the Regents need to stop the pension train and send it back for further review with adequate time allowed for reasoned consideration. The Regents are the trustees of the university and are entrusted to protect it. There is no way for them to work through all the complications at the March meeting. The temptation for them will be to delegate to the UC prez the authority to "work out" the details. But the timing - it must be in place by July 1 - means that there is no responsible way to achieve such a working out, either at the March meeting or after the meeting through a delegation of authority to the UC prez.

Back in the day, there was a children's record about a kid who averts a train wreck despite the opposition of adults who don't understand the danger. The governor considers himself the adult in the room, fixing UC in spite of itself. The UC prez went along with the governor on some political calculation. Somebody needs to stop the pension train if she won't do it.