CalPERS and UCRP are not the same 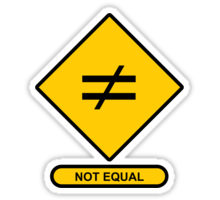 The online service Calpensions is carrying an article about some internal political developments on the CalPERS board which create a conflict with the governor.* Details of this particular fight are not important. There have been such conflicts before at CalPERS and there will be more of them in the future. What is important is that such conflicts and politicization do not characterize UC's pension system. The trustees of UCRP are the Regents. They don't get into such fights. The two plans are not equal.

So the issue arises: Exactly why does UCRP have to mimic CalPERS on the PEPRA cap? UCRP is not governed the same way as CalPERS. UCRP modified its pension program well before the state modified CalPERS and other public pensions. There is no particular reason for symmetry except that the Committee of Two stumbled into it.
----
*https://calpensions.com/2016/02/22/calpers-presidents-vote-allows-him-to-run-again/
Posted by California Policy Issues at 9:21 AM