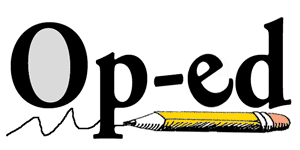 Despite decades of declining state funding and rising enrollments, the University of California has continued to deliver the highest quality of education for Californians. It was not the genius of its overpaid senior administrators that made this possible. It was the quality of its faculty that has maintained UC’s reputation as the best public university in the world.

Historically, UC faculty have accepted lower salaries than they would receive elsewhere in return for the deferred benefit of an excellent pension. Yet now UC is considering replacing a highly efficient and secure pension plan with one that is less efficient, less secure and no less expensive.

On the face of it, the proposal to ensure that UC pensions are capped at $117,000 seems entirely reasonable. After all, even our governor, and his fellow legislators in Sacramento, are already bound by this cap. However, many faculty, such as myself, whose pension will not be affected vehemently oppose the plan.

We believe that it will prove to be the straw that breaks the back of the camel that is the University of California. The systemwide faculty Senate has even taken the unusual step of telling UC President Janet Napolitano it rejects the proposal.

If the new pension plan is implemented it will no longer be possible to attract or retain the best faculty. The quality of undergraduate education, as well as the research that brings so much value to California, will steadily decline. The world-class reputation it has taken generations to build will be lost in a generation.

The crazy and tragic thing is that if the new pension is introduced the university will not even save any money.

Gov. Jerry Brown convinced Napolitano to take the bait of devising a new capped pension by promising just $436 million over three years. This is a drop in the bucket of the state’s $2.6 billion obligation to UC’s retirement program – an obligation that the state chose to ignore back in the 1990s when the pension funds were in surplus.

And Brown’s promise to meet just 20 percent of the state’s obligation is just that – a promise. So far the Legislature is considering approval of only the first $96 million of that promised commitment.

Even the task force appointed by Napolitano acknowledges that the new plan will not reduce UC’s pension costs. It will do nothing to help pay down, and will probably even exacerbate, the $11 billion unfunded liability of the existing pension.

The new plan only appears cheaper for the university. Certainly UC will contribute less to a pension whose value for faculty will fall by at least 20 percent. Given that faculty salaries are already 12 percent below UC’s competitors, and considerably more below those of the Ivy League, and housing costs are continuing to rise, this is a major hit. If UC is not hemorrhaging faculty, it will have substantial additional salary costs.

Those costs will not fall on Brown, or even Napolitano, for she will kick them down to the 10 campuses. It was a deal that the two of them struck in private with no consultation and no respect for UC’s tradition of shared governance with faculty.

What may be a good deal for the governor and the UC president is a dreadful deal for faculty and the people of California. The best faculty will no longer be able to afford to stay, nor be willing to come to work, at the University of California. But even more importantly, a degradation of the faculty is a degradation of the quality of the world’s best public university system.

*James Vernon is a professor of history at UC Berkeley and a member of the Berkeley Faculty Association.