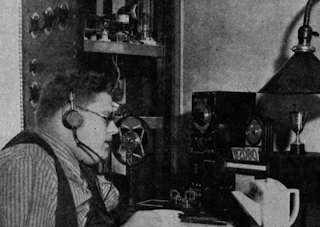 Yours truly was not able to record yesterday’s Regents’ session (Building and Grounds committee).  However, I did listen and record this morning.  [The live stream seemed to start a few minutes after the meeting began.  The recording begins in the midst of Regents chair Lansing celebrating the passage of Prop 30.]  A recording by yours truly won’t be possible of the session tomorrow due to other commitments.  But as usual, we will request the audios as public documents and post them when received.


At today’s meeting, Governor Brown attended and raised questions at various points.  Some of the questions were what might be termed “insistent.”  That is, the quick answers received were followed by more questions.

The public comment session included complaints about lack of affirmative action at UC.  Note that Prop 209 is a constraint.  The issue of the losses on “swaps” (see our earlier post) was raised by one of the Berkeley report’s authors.  He raised the litigation issue; why isn’t UC trying to litigate to get back some losses?  (More on this matter below.)  As our prior post noted, the Regents took professional tuition increases off the agenda at the governor’s request, but there was a statement opposing the increases (which might be brought back in the future).  Note also the material below on the budget proposal.
Academic Council chair Powell was pleased that Prop 30 passed but hopes we can now have a multiyear agreement with the state which won’t vanish if another budget squeeze occurs.  He stressed the need to recruit just to replace faculty who leave and noted that aging of the existing faculty.

During the Committee on Finance session, Peter Taylor replied to the Berkeley swap report.  He termed it inaccurate.  He wasn’t here when those agreements were made but says a due diligence review of those agreements suggests that compared with the alternatives at the time (essentially a fixed rate bond flotation vs. a variable rate with swap “insurance”), the swap approach was legitimately seen as best.  If you listen carefully, he does say that given what actually happened subsequently (a big drop in interest rates), it would have worked out better to not have swapped the variable interest rate for the fixed rate.  He pointed to the insurance aspect of swaps that yours truly noted in our earlier post on this issue.  (Again, see our earlier post.)  It was not clear whether the argument that the decision to use swaps was correct viewed from the perspective of what was known at the time was his answer as to why litigation is not being pursued.  Presumably, defendants in such litigation would make the argument that both sides of the deal made legitimate calculations from the viewpoint of what risks they were prepared to carry.

Governor Brown was less interested in the swap issue and more interested in the general growth in debt described in the Berkeley report.  He kept raising the issue until more detail was provided.  Basically, the answer given was that the state used to provide financing (state bonds, etc.) for UC capital projects but now it doesn’t.  Taylor noted that many capital projects such as dorms have revenue streams to cover costs.  He mentioned seismic upgrades (at least some of which presumably) are in buildings that don’t have revenue streams.  Nineteen percent of the debt was said to be repayable by the UC general fund (some of which is paid by research overhead).  Brown seemed not to be entirely assuaged by the response.

[Readers of this blog will note that we have questioned the UCLA hotel project – which officially won’t cost UCLA anything in terms of debt service based on projected revenue from the building.  We have noted that the projections may be unrealistic for various reasons and, in any case, the ultimate back-up for the risk being taken is in fact other campus resources in some form.  In short, simply making an argument that debt service will be covered by project revenues is not the same thing as actually having the needed revenues when the time comes.  Just as the swaps, in retrospect, turned out differently than expected when originally made, so – too – can any capital project that depends on revenue streams.  And ultimately, the campus carries some risk.]

When the discussion began to turn to the UC budget plan, the governor questioned a pie chart that outlined a series of efficiency initiatives.  He was unsure as to exactly what it represented.  It was noted in the presentation that UC would like help from the governor and legislature on pension funding.

A variety of possible ideas that go back to the retreat session at the September meeting of the Regents were mentioned such as turning the parking service over to the pension fund as an asset (to help cover the unfunded liability).  Another was investing in companies that used UC-generated technology.  Regents chair Lansing pushed for more progress on online education.  Others, including Lt. Gov. Newsom, were also impatient about UC progress on online education.  One of the student reps was not so convinced that online education was quite the panacea that some Regents seemed to think.

Governor Brown reflected on the discussion of online education.  Tradition is a Good Thing but UC might be going the way of the Post Office and print newspapers in the face of digital developments.  The proposed UC budget would increase by 9% and unless there are tuition increases the state can’t afford such projections.  UC has to assume budget squeezes and find new ways to deliver services.  Maybe this is more threatening than when the Regents faced Angela Davis teaching on a campus.  Why can’t the Regents have experts come and talk about such matters at the next meeting?  Lansing agreed to that idea and it was ordered.  Lt. Gov. Newsom (if I recognized his voice) seemed to want to help design the session.  Provost Dorr was criticized for not moving the online matter along faster.  Chancellor Birgeneau of Berkeley said that in fact we are well engaged in online education and that the Regents seem unaware of it.  (“We are leading the world.”)  Gov. Brown pointed out that the Berkeley examples are not for credit.  There was back and forth about what was for credit and what wasn’t.  It was decided that the presentation for the next meeting will also include what UC is doing now on online education.

A report on fundraising followed the online discussion.  Some kind of Facebook strategy was mentioned but not described in detail.  Somehow students will be part of this program which will raise scholarship money.  There was reference to a business partnership program, apparently focused on scholarships, too.

The budget proposal included the tuition increases in professional schools that supposedly were taken off the agenda at the request of the governor.  Exactly how that might be reconciled was not explained.  The UC-Riverside med school would be funded.  President Yudof more or less said the proposal was essentially a wish-list that won’t happen.  Merced needs buildings and we have to find a way – although Yudof also said that he is under no illusion that the state will provide capital resources.  Lt. Gov. Newsom fretted that when a realistic budget finally appears, it will have big tuition increases.  Governor Brown seemed to agree with Newsom.  Brown calculated that the multiyear equivalent of the budget would require 12% per annum increases from the state which he viewed as unrealistic.  If it doesn’t come from tuition, the money would have to be some kind of “restructuring” and “creative change.”  President Yudof said if there is to be a tuition hike, it would have to be announced by May.  He seemed surprised that there was push-back against coming up with a wish-list, admittedly unrealistic budget.

A question was raised by the Regents as to what would be cut when the wish-list doesn’t materialize.  The answer was essentially that UCOP will come back with a realistic budget when that happens.  But what would be cut was not specified.  Reference was made to having a multiyear plan being discussed with the powers-that-be in the state.  But there would be “metrics” of performance that would have to be part of such a plan.

When the budget approval was requested, the issue came up about the professional tuition increases that supposedly were removed from the agenda.  How can you approve a budget with those increases?  Lansing looked for language that would somehow smooth over the problem.  She said it is just a plan.  Lt. Gov. Newsom was opposed.  Gov. Brown said it’s always a wish-list.  He understands that.  So he l abstained.
The Regents then broke for lunch.

You can hear the audio at the link below.  There is a lot of background noise from the live feed.  The quality of the audio improves as the meeting continues.
Posted by California Policy Issues at 1:05 PM

Having read this I thought it was rather enlightening.
I appreciate you taking the time and effort to put this content
together. I once again find myself spending
a lot of time both reading and posting comments. But so what, it was still worth
it!
Also visit my webpage ... abigail and brittany hensel

You actually make it seem so easy along with your presentation but I find this topic
to be really something which I think I'd by no means understand. It kind of feels too complicated and very extensive for me. I am looking ahead to your subsequent put up, I'll try
to get the dangle of it!
My page :: www.shoppingvibes.de

I drop a comment each time I appreciate a article on a blog or if I have something to add
to the conversation. Usually it is a result of the sincerness displayed in the article I looked at.
And after this article "Listen to Morning Session of UC Regents: 11-14-12".
I was excited enough to drop a thought ;) I do have a couple of questions for you if it's allright. Could it be only me or do a few of the comments appear as if they are left by brain dead individuals? :-P And, if you are writing at other online social sites, I'd
like to keep up with anything fresh you have to post.
Could you make a list every one of your social pages like your twitter feed, Facebook page or linkedin profile?
My page nokia e5 specification

Having read this I believed it was extremely informative.
I appreciate you taking the time and effort to put this article
together. I once again find myself personally spending way too much time both reading and posting comments.
But so what, it was still worth it!
My webpage: hotmail.com signin australia

Remarkable issues here. I am very happy to see your article.
Thank you so much and I'm taking a look ahead to touch you. Will you kindly drop me a mail?
Also visit my web site ... buy cheap meratol

Highly energetic article, I liked that bit. Will there be a part 2?
Feel free to visit my site http://moemoefunblog.blogspot.com/2011/08/transformers-generation-1-episode-6.html