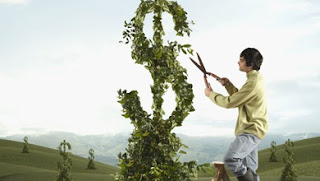 Timothy P. White, California State University's incoming chancellor, has requested a 10 percent pay cut, saying in a letter to trustees, that he hopes the move will send a signal that "public higher education matters to all of us, and that we each must play a part in the rebuilding."  CSU's board of trustees met today in Long Beach to approve White's compensation package. He was in line to receive the same pay as outgoing Chancellor Charles Reed: a $421,500 salary plus a $30,000 supplement from CSU foundations. After rounding the pay cut White requested to his base salary, he will be paid $380,000 plus the $30,000 supplement.White, 63, comes to CSU after four years at the helm of UC Riverside, where his pay in 2011 was $327,200...

Full story from the Sacramento Bee at
http://blogs.sacbee.com/capitolalertlatest/2012/11/timothy-white-california-state-university.html

Some UC executives were asked whether they wanted to follow the White example.  But they said:

Email ThisBlogThis!Share to TwitterShare to FacebookShare to Pinterest
Labels: CSU