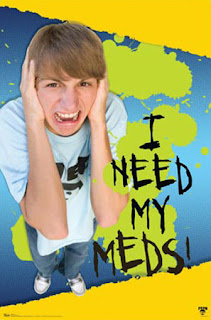 Readers of this blog will know that UC-Riverside has been trying to get a med school  going for some time but can't get the needed dollars from the state. Inside Higher Ed today has a feature article on various universities either trying to merge med schools with others or trying to set up new ones. Riverside is mentioned in the article which notes it already has a joint med program with UCLA:

Securing funding has also been a problem for UC-Riverside’s medical school. The university currently has a “two-and-two” program where students spend two years at Riverside taking the science courses required for an M.D. before going to UCLA’s medical school for the final two years of the degree.  But G. Richard Olds, dean of the medical school at UC-Riverside, says the region around Riverside called the Inland Empire – two of the largest counties in the country and also two of the fastest-growing – needs doctors to stay in the region. “There are two drivers of where doctors end up practicing: where they come from and where they finish,” Olds said. “My challenge is building huge pipeline by preferentially taking students from my own communities.” ...
Full article at:
http://www.insidehighered.com/news/2012/09/20/med-schools-are-target-universities-seeking-prestige-and-new-revenues
Editorial Note: There is a concept of "evidence based medicine" in vogue nowadays.  Has the claim that a) there is a shortage of docs in Riverside that can't be filled by the national labor market and b) that those docs who go through the 2/2 program with UCLA don't go back to Riverside simply because they end their education in Westwood been subject to any evidence based analysis?  Just asking.  Might the fact that the Inland Empire economy is in the pits since it was one of the centers of the mortgage/foreclosure fiasco have anything to do with where a doc with loans to pay off might end up practicing?  (Yes, the economy there has been fast growing if you count the period of the boom.  And locations that were particularly hard hit from the financial/mortgage crisis may show rapid growth in recovery because they fell so far.) Just asking about that, too.

Anyway, with those uncomfortable questions and the squeezed state budget, it appears this is the fix Riverside is in: