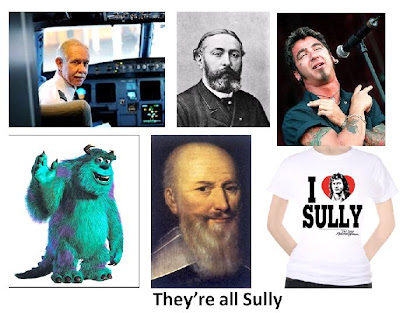 I came across a headline on the Sacramento Bee website this morning:
Educators sullying state law to support Proposition 30


It's from a column by Dan Walters in which he complains that folks in higher ed - community colleges, CSU, and UC - are underhandedly letting it be known in various ways that if Prop 30 - the governor's tax initiative - doesn't pass, things won't go well for their institutions.  Sample quote:

"Just Tuesday, the University of California at Berkeley announced a Proposition 30 Awareness Project to test the use of Facebook, Twitter and other social media to distribute information about the measure.  Ken Goldberg, an engineering professor, said in the announcement, 'Although the outcome of this vote has an enormous potential impact on students, alumni, teachers, parents and employers, many are not aware of Proposition 30. The California Proposition 30 Awareness Project aims to change that.'"
Full article at: http://www.sacbee.com/2012/09/19/4832914/dan-walters-educators-sullying.html
I wasn't clear on the concept of "Sully."  Did Walters mean it was illegal to do what Goldberg was doing?  So I Googled "Sully" but I somehow hit Google-Images instead of Google-Search.  Turns out there are a lot of folks named Sully out there, some real, some fictional, depicted above.  You probably will recognize Captain Chesley Burnett "Sully" Sullenberger III in the upper left, the pilot who landed his plane in the Hudson River after birds knocked out the engines. Anyway, none of the folks shown above seemed to have done anything illegal.  And Capt. Sully seemed to have done a good deed.  On the other hand, pop singer Sully Erna (upper right), does seem to be confessing to something:
All in all, I say go ahead Professor Goldberg.  Maybe it's not so bad to sully.

Birgeneau ($450,000) Breslauer ($306,000) like to blame the politicians, since they stopped giving them their entitled funding. The ‘charge instate students higher tuition’ skyrocketed fees by an average 14% per year from 2006 to 2011 academic years. If they had allowed fees to rise at the same rate of inflation over past 10 years fees would still be in reach of middle income students. Breslauer Birgeneau increase disparities in higher education, defeat the promise of equality of opportunity, and create a less-educated work force.

UCB is to maximize access to the widest number of residence at a reasonable cost. Birgeneau Breslauer’s ‘charge Californians higher tuition’ denies middle income families the transformative value of Cal.