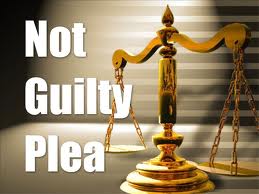 A UCLA chemistry professor has pleaded not guilty in a December 2008 laboratory fire that killed a staff research assistant.
Patrick Harran was ordered to return to Los Angeles Superior Court Oct. 9 for a preliminary hearing.
Source:
http://centurycity.patch.com/articles/ucla-professor-pleads-not-guilty-in-laboratory-death-case
Earlier posts on this story have indicated that UCLA is defending Prof. Harran and that the local DA seems to be overreaching on two UCLA matters.

UPDATE: UCLA's media release indicates the plea was entered over the objections of Prof. Harran's lawyer, but no explanation is given:

Judge enters not guilty plea on behalf of UCLA professor

By UCLA Newsroom September 05, 2012
A Los Angeles Superior Court judge entered a not guilty plea on behalf of UCLA organic chemistry professor Patrick Harran today, over objections from his attorney, thereby allowing Harran to argue that the charges never should have been brought.

The Los Angeles County district attorney filed the charges in connection with a December 2008 laboratory accident on campus that led to the death of a staff research associate.
UCLA Chancellor Gene Block has pledged UCLA's strong support for Harran and ongoing commitment to providing for his defense. In July, the district attorney dismissed all charges against the University of California Board of Regents — the other defendant originally charged — after acknowledging UCLA's dedication to further improving laboratory safety on its campus and beyond.

UCLA has dramatically enhanced its lab safety programs in recent years, increasing the number of inspections, strengthening policies on the required use of personal protective equipment and developing a hazard assessment tool that labs must update annually or whenever conditions change. The UC Center for Laboratory Safety was also established to improve lab safety and help implement best practices on university campuses and beyond.