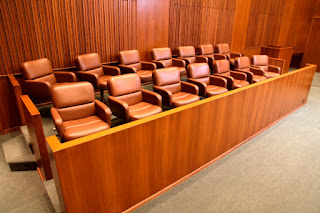 On February 7, 2017, Michele Coyle, former Chief Campus Counsel of UC Riverside, was awarded $2.5 million by a jury in Riverside Superior Court, against the University of California. The jury found that Ms. Coyle was retaliated against in violation of the California Fair Employment and Housing Act for reporting gender discrimination at UC Riverside. The jury also found that UC General Counsel Charles Robinson (who reports to the UC Regents) and Tim White (former UC Riverside Chancellor, and current Chancellor of the California State University system) retaliated against Ms. Coyle in violation of Labor Code section 1102.5. Ms. Coyle was terminated on the eve of a federal audit to determine whether UC Riverside complied with its obligations under state and federal law to prohibit discrimination, retaliation, and harassment on the campus, in an effort to conceal information from the auditors...

UPDATE: Inside Higher Ed has a more complete story at:
https://www.insidehighered.com/quicktakes/2017/02/09/jury-awards-25m-former-counsel-riverside
Posted by California Policy Issues at 7:36 AM