Alternative Approach for Next Time 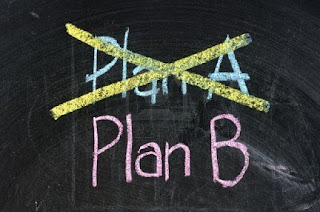 Next time, if he comes again to Berkeley (or any other UC campus), the better approach seems to be to stay calm, roll your eyes, let him talk until he's bored. From the SF Chronicle:


After a week of questions about whether Milo Yiannopoulos should be allowed on”Real Time with Bill Maher,” viewers probably expected fireworks — if not fire and brimstone. But the Breitbart editor and professional troll fizzled. Yiannopoulos kept trying to work in his “ain’t I a stinker” Bugs Bunny routine while Maher kept trying to talk about ideas and shared ground, until even Maher seemed bored.
Yiannopoulos failed to either incite the audience or provide any of his staged “look at how liberals can’t handle me!” moments. In the end, it felt less like a debate or even a conversation, and more like an indulgent parent had impatiently tried find common ground with a teenager shouting the f-word in church...
Full story at http://www.sfgate.com/entertainment/the-wrap/article/Real-Time-Milo-s-Right-Wing-Bugs-Bunny-10942227.php
Posted by California Policy Issues at 8:54 AM