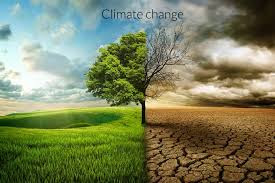 From the San Francisco Chronicle:


Thousands of University of California and California State University faculty members are warning President Trump that deviating from the Paris Climate Agreement — as administration officials have recently hinted he might — would undermine the “future of our children and grandchildren.” More than 2,300 faculty members throughout both public school systems signed an open letter to Trump released Tuesday. The president has in the past called climate change a “hoax.” ...
Full story at http://www.sfgate.com/news/article/Trump-update-UC-faculty-sends-president-warning-10898068.php
The letter is at:
https://docs.google.com/document/d/1PKBnTWIGk__YNnmDqaO_7ckSK_s5P3J2Gygy7WTQCfY/edit
Using a search, I found well over 200 UCLA names on the letter as signatories.
Posted by California Policy Issues at 8:56 AM