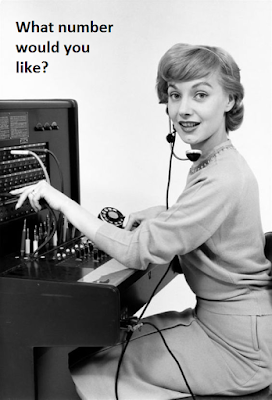 There have been concerns about pressures under the new regime that could arise to manipulate data for policy objectives, i.e., to make things look better or worse, depending on someone's desire. Federal data of all types are used for research purposes and to track trends. It goes without saying that manipulation is a Bad Thing.

The Trump administration is considering changing how U.S. trade deficits are calculated, a move that would make the deficit look larger on paper, the Wall Street Journal reported.

People involved in the discussions told the Journal that the leading idea is to count “re-exports” — goods that are imported to the U.S., and then exported to a third country unchanged — as imports, but not exports.

The change would inflate the trade deficit number, an important figure in trade negotiations and policy.

For example, under new calculations, the $63.1 billion trade deficit with Mexico last year would become a $115.4 billion deficit.

One person familiar with the discussions told the WSJ that the new methodology could even convert a trade surplus into a deficit.

Trump has vowed to renegotiate major U.S. trade deals, arguing that existing arrangements are unfair to the U.S.

People familiar with discussions told the Journal that employees at the U.S. Trade Representative’s office complied when asked to prepare data using the new method — but they included their opinions about why they believe such calculations are inaccurate.

One source said the employees were told the numbers would be presented to members of Congress.

Trump trade officials said discussions are preliminary and there are several options on the table.

“We’re not even close to a decision on that yet,” Payne Griffin, the deputy chief of staff at the office of the U.S. Trade Representative, told the WSJ. “We had a meeting with the Commerce Department, and we said, ‘Would it be possible to collect those other statistics?’”

Data manipulation attempts have happened before. There is the earlier Nixon example. Nixon had a belief that there were conspiracies in the statistical agencies to make him look bad, e.g., starting at minute 4:57 in https://www.youtube.com/watch?v=pQjiSQKIpS8 (Aide Charles Colson tended to fan his conspiracy beliefs; in contrast, George Shultz would calm him down: https://www.youtube.com/watch?v=1qV84JmgwVE)

And, of course, there was Nixon's infamous belief in a Jewish cabal within the Bureau of Labor Statistics (BLS):
https://www.washingtonpost.com/news/post-politics/wp/2012/10/05/there-was-one-president-who-tried-to-manipulate-bls/
Posted by California Policy Issues at 8:34 AM