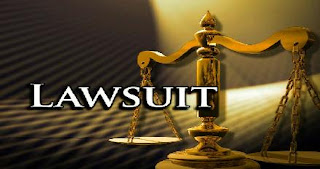 Development in the O'Bannon Case, named after a former UCLA basketball player:

A three-judge panel of the U.S. Court of Appeals for the Ninth Circuit on Wednesday upheld the main thrust of a judge’s landmark decision last year declaring that NCAA rules violate federal antitrust law by restricting players’ ability to trade on their images. The decision also struck down part of  last year’s ruling, by Judge Claudia Wilken of the U.S. District Court in Oakland, Calif., which would have allowed football and men’s basketball players to be paid deferred compensation of up to $5,000 per year.
Stating that the NCAA “is not above the antitrust laws” and that its rules “have been more restrictive than necessary to maintain its tradition of amateurism in support of the college sports market,” the decision marks another victory for athletes lobbying for greater compensation.
But it also states that allowing colleges to pay players the cost of attendance in the form of scholarships is enough of a remedy. The panel called the portion of Judge Wilken’s ruling about paying players $5,000 per year “erroneous,” questioning the district court’s judgment that the payment would “be as effective in preserving amateurism as the NCAA’s current policy.” ...

Full story at http://chronicle.com/blogs/ticker/in-obannon-case-appeals-court-agrees-that-ncaa-rules-violate-antitrust-laws/105301
Posted by California Policy Issues at 10:15 AM