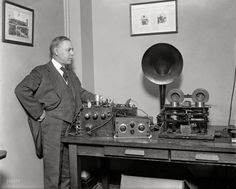 The first day of the most recent Regents meeting consisted of a meeting of the Committee on Grounds and Buildings. No one paid much attention; everyone was waiting for the third day when the controversial intolerance resolution was up for discussion. But, as we have repeatedly pointed out, Grounds and Buildings routinely okays projects that run into the hundreds of millions of dollars. As we also have pointed out, the Regents have no independent resource for evaluating the various proposals which come up from the campus bureaucracies. Some of the projects on the agenda were said to be funded from vague "revenues" or yet-to-be-obtained donations.

Whatever happens to the intolerance issue, it probably won't be much remembered 50 years from now. But structures approved today may well be around at that time. It might be noted that there was some pushback from Regents about a suggestion that periodic oral updates on long-range plans from UC-Santa Cruz might be replaced by a written report.