They don't want to play ball with us 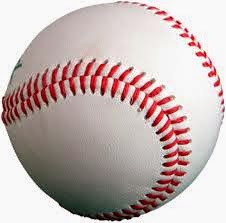 Some blog readers may recall that UCLA is in danger of losing its baseball field at the VA.  For those that don't, the VA in Westwood has been renting out land on its campus for various commercial and non-commercial purposes, including to UCLA for baseball.  Apparently, since these uses do not directly benefit veterans, there is a legal question as to whether such uses are OK.  A court decision last year said "no."

Now the LA County Board of Supervisors has voted to endorse the court's decision.  It's not clear why the Supervisors want to get into this dispute since they have no jurisdiction over the (federal) property.  The plaintiffs want to have housing built for homeless veterans but no one (including the Board of Supervisors) is offering to pay for it and booting out the renters will mean a loss of revenue for the VA.

You can read about this matter at http://patch.com/california/westwood-century-city/county-supports-veterans-exclusive-use-westwood-va-campus

As for UCLA baseball at the VA, we'll just have to see where the ball rolls: