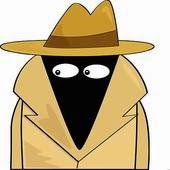 A long and complicated story is now circulating involving what appears to be a possible Chinese spy, a post 9-11 program in Arizona over which now UC prez Janet Napolitano (then governor of Arizona) had some authority, a data breach that resulted, and a failure by Napolitano to make a report.

According to the story, Napolitano is in the "no comment" mode.

Lizhong Fan’s desk was among a crowd of cubicles at the Arizona Counter Terrorism Information Center in Phoenix. For five months in 2007, the Chinese national and computer programmer opened his laptop and enjoyed access to a wide range of sensitive information, including the Arizona driver’s license database, other law enforcement databases, and potentially a roster of intelligence analysts and investigators.

...(N)o one stood in Fan’s way when he packed his equipment one day in early June 2007, then returned home to Beijing. There’s a lot that remains mysterious about Fan’s brief tenure as a computer programmer at the Arizona counterterrorism center. No one has explained why Arizona law enforcement officials gave a Chinese national access to such protected information. Nor has anyone said whether Fan copied any of the potentially sensitive materials he had access to.But the people responsible for hiring Fan say one thing is clear: The privacy of as many as 5 million Arizona residents and other citizens has been exposed.

...Under Arizona law, then-Gov. Janet Napolitano and Maricopa County Sheriff Joe Arpaio, whose agencies admitted Fan into the intelligence center, were required to disclose to the public any “unauthorized acquisition and access to unencrypted or unredacted computerized data” that includes names and other personal information. To this day, they have not...

Napolitano, who went on to serve as President Barack Obama’s secretary of homeland security, did not reply to multiple interview requests...

Full story courtesy of ProPublica and the Center for Investigative Reporting is at:
https://beta.cironline.org/investigations/data-breach-mystery-leads-from-arizona-counterterrorism-site-to-china/