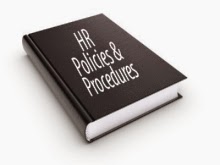 Yours truly has been following a story that made the rounds on the Internet about a UCLA postdoc in the health area who made a Facebook threat - captured by others before he later deleted it - related to an article that appeared in the Harvard Crimson. The story was picked up in various places including the LA Weekly.  You can find a link to the story at:

You may have your own views as to how serious the threat was intended to be taken and - regardless of intent - how the target of the threat might have perceived it.  But when the LA Weekly asked UCLA about this episode, the following official response was received:

While UCLA and UCLA Health System abhor violence and condemn any threat of violence, we have no jurisdiction or authority to censor such hateful comments made in social media when they are made outside the course and scope of an employee’s work.

Obviously, wide latitude should be allowed for views to be expressed at a university.  But is it really the policy at UCLA that absolutely nothing anyone employed by UCLA in any capacity might say on social media by way of a threat - so long as it wasn't work-related - could lead to any repercussions?  Under no circumstances?  And this applies to all 31,000 UCLA employees?  The official statement is strange in that there was no way UCLA could "censor" a comment that was already circulating on the Internet and was not in a document or publication put out by the university.

Law Professor Eugene Volokh suggests in a comment quoted in the Daily Bruin that "UCLA's reaction is right" because the threat was not to be taken seriously.  See:

The issue, however, is that the statement issued by UCLA does not refer only to this specific case, but seems instead to put forward a blanket policy that might cover a situation in which a threat was made that could be taken seriously.