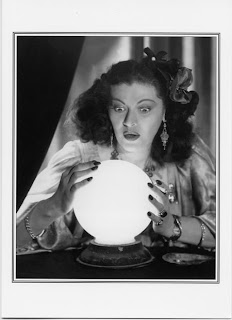 (As the op ed below suggests, folks are beginning to become aware of the potential controversy that will surround the report of the UC Commission on the Future, to be released soon. NOTE: The same op ed appeared June 21 in another newspaper and was posted to the now-defunct savingUCLA website and then copied to this website earlier.)

It's almost as if the Board of Regents that runs the University of California can't wait to fire a warning shot across the figurative bow of Gov. Arnold Schwarzenegger, the state Legislature and the candidates now running for those positions.
"Show us more money," UC's leaders seem to be saying, "or we'll make some radical changes that your constituents won't like very much." Since Regents are appointed to 12-year-terms, they will not have to face furious voters if those changes come; the politicians would have to.
When it meets July 13 in San Francisco, the board will consider proposed changes that include three-year degrees, steadily increasing tuition well beyond this year's 32 percent rise, eliminating "duplicative" programs on various campuses and thus making all campuses become essentially specialty schools, allowing out-of-state student enrollment to as much as double and charging different tuitions at its various campuses around the state.
These are a few of the ideas presented to the UC Commission on the Future last spring, and some of them could fundamentally change the university.
All these things would either save money or bring new funds to a university that has begun to lose key faculty to competing schools around the nation that are able to pay more than cash-strapped UC.
Designed to educate the cream of California's high school graduates, UC is already refusing admission to thousands who are academically qualified because of state budget cuts. But the past year's reductions in state funding for the system are only the latest. Over the last 19 years, one report to the Regents said, state funding for the university dropped an inflation-adjusted 54 percent, while students are paying triple what they did in 1990.
Accept more out-of-staters and the financial contribution from student tuition and fees will rise even more. Every out-of-state undergraduate pays almost $13,000 per year more than the cost of his or her education. So doubling the system's current 7,600 out-of-state enrollees would produce almost $100 million, about half the university's present budget gap.
But that would come at the expense of qualified in-state students, many of whom will be consigned to community colleges this fall, anyway, because of cuts in classes and admissions.
Three-year degrees, which would become available to students who complete a large number of advanced placement courses in high school, would also reduce the budget deficit, lessening the needed roster of professors. And they would save students a full year's expenses. The price paid would be truncating the college experience for thousands of students.
There's also the possibility of using online classes to make course offerings from one campus available to students on others. This could eliminate some of the crunch that now sees some classes required for degrees filled to capacity before students who need to take them have a chance to sign up. The price paid here would be a lack of student-faculty involvement and interaction. Both professors and students who have sampled online education report it is generally no substitute for eye-to-eye contact in the classroom, especially in small classes.
Then there's the prospect of increasing fees another 5 percent to 15 percent. No explanation needed for why that would be unpopular.
The regents also will consider billing the state far more than UC now does for services performed by the university. As it stands, federal agencies pay full costs for research they commission, but the state usually does not.
Take it all together, and it's a warning to Gov. Arnold Schwarzenegger, his potential successors and all legislators that UC might not sit by passively anymore as the politicians steadily reduce its state support.
The only one of the potential actions the board is about to consider that won't be unpopular is the plan to bill the state for work done, which would likely be perceived as little more than a fund shuffle.
Everything else here represents massive change in the state's 50-year-old education master plan, which sought to guarantee a UC education to everyone who deserved a crack at it. That's how it's worked for most of the last half-century, too.
No one at UC is saying so, but when the regents consider plans that amount to a serious downgrading of both what a University of California degree signifies and a major reduction in educational opportunity for qualified Californians, there is bound to be some public displeasure.
The only question is whether politicians in Sacramento will fear further public opprobrium at a time when polls show voters are already more dissatisfied with their work than ever before — or whether they'll figure their public esteem can't fall any further.
And then there's the other reality: Even if lawmakers wanted to give the university more money, right now there just aren't any more funds available.
• Thomas Elias, a journalist based in Southern California, writes about state politics. His column appears in Opinion on Mondays. E-mail to: Tdelias@aol.com.
Posted by California Policy Issues at 12:42 PM