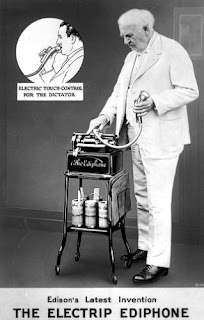 In a prior posting, I listed instructions for listening to part of the recent Regents meetings. The meetings are in fact streamed live. But unless you record them yourself, they disappear into the ether. The earlier posting also listed the fuss that developed when someone was prevented from videoing the meeting. Apparently, a change in UC policy is underway. See below. However, it would be nice if the Regents themselves made available a recording accessible after the fact on the web.

SAN FRANCISCO — A state senator and an organization of journalists is calling on University of California officials to explain why they barred a filmmaker from bringing his camera into a public meeting of the school's regents in San Francisco.

Liz Enochs, president of the Society of Professional Journalists' Northern California chapter, sent a separate letter to UC regents expressing her concern about the decision.

Ric Chavez, who is working on a documentary, was barred from Thursday's meeting because he didn't have a news media credential.

Chavez was not aware that he had the right to film public meetings and e-mailed UC's public information office for permission in advance.

E-mails show UC officials questioned him about the documentary, and demanded his full name as a condition for being granted the right to film.

Legal experts say that was also a violation of state law.

Lynn Tierney, one of three UC spokespersons who communicated with Chavez, has said the regents have for years never allowed anyone but the news media to film or record public meetings.

Charles Robinson, UC's vice president and general counsel, said in a statement Yudof and Regents Chairman Russell Gould have asked him to review the university's policy about filming meetings and recommend any changes that are necessary. The policy was written in 1975, 8 years after Bagley-Keene became law, and only refers to the news media.

"It is our intention to ensure that going forward, this policy or any related policy or practice is fully compatible and consistent with California's open meeting laws," Robinson said in a statement.
Posted by California Policy Issues at 5:49 PM