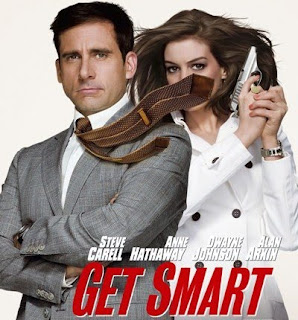 UC gets smarter about budget cuts
Centralizing some administration and allowing more out-of-state and foreign students will help the University of California weather decreased revenue.

Dwindling state funding has presented the University of California with a menu of unappetizing options during the past few years. Its first efforts to cover the gap were clumsy, harming students as well as its prestigious reputation. This year, university officials have gotten smarter about surviving the recession intact.

With the state unable to fund the number of California students who should be accepted, according to the Master Plan for Higher Education, UC obviously couldn't continue with business as usual. It reduced class offerings. Most campuses reduced enrollment, providing fewer residents of the state with access to its premier institution of higher education. And it raised fees, putting it out of the reach of many middle-class families.

UC's reputation — Berkeley is ranked as the top public university in the nation — wobbled as more students were drawn to other schools and those who enrolled at UC hunted for seats in needed courses. And it unwisely continues to consider charging more for some majors, such as economics.

But this year, UC President Mark Yudof has pushed a smarter approach, long advocated by this page. In May, the university announced that it would centralize administrative functions such as payroll and purchasing among its 10 campuses, an efficiency measure that will ultimately save half a billion dollars a year. Last week, it released enrollment data for this fall, showing that the number of out-of-state and foreign students would increase dramatically at UCLA and especially Berkeley. Those students are top achievers who bring in money by paying out-of-state tuition. They also bring more diversity to campus.

California students still pay a price. Berkeley has been criticized for reducing the number of state residents it accepts as it doubles nonresident enrollment. But most UC campuses have been reducing admissions whether or not they enroll more out-of-state students. The schools simply cannot afford to educate, at their own expense, more students than the state has been willing to pay for. As more resources become available, UC and the state must make the admission of more California students a priority; but as a long-term strategy, enrolling more out-of-towners is a judicious decision that will preserve the state's crown jewel of higher education.
Posted by California Policy Issues at 7:46 AM