Audios of Regents Meeting of 7-15-10 Available 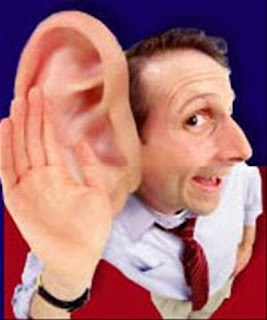 I was only able to record the 7-15-10 session of the Regents and not the earlier days. As a result, the recording did not include the discussion of online education referenced in prior postings. The 7-15-10 meeting of the UC Regents was divided into 5 sessions. The first was public comment. Included was a comment by AFT on a survey taken by the union, complaints of anti-Semitism and anti-Arab discrimination. The second was on career/technical education. The third was a report on audit processes. Included was a discussion of data security and diversity standards. The third session involved the health enterprise. Included was discussion of the arrangement with LA County on Martin Luther King hospital, the new federal health law, and state need for medical personnel. The fourth session dealt with executive incentive plans. There are 10 videos with audio only. They run about 14 minutes each. (The recordings are technically videos with a still picture.)

Note: The Regents apparently did not receive the anticipated report of the Post-Employment Benefits Task Force at the July meeting.

Part 3 Career/technical followed by start of session on audits

At least you can hear the meeting. See below:

SAN FRANCISCO -- University of California regents refused to allow a filmmaker into a public meeting with his camera because he didn't have a news media credential and wouldn't give his name, apparent violations of California's open meeting law.

Ric Chavez, who is working on a documentary, was barred from Thursday's meeting. UC spokeswoman Lynn Tierney says the regents never allow anyone but the press to record public meetings.

California law says any person attending a public meeting of a state agency has the right to record the proceedings with an audio or video recorder. Additionally, state officials cannot require attendees to identify themselves.

Chavez has been working on the documentary for a year. He says he will eventually post it online and offer it to TV.