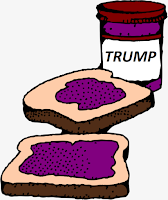 President Trump will be landing at Santa Monica Airport today and going somewhere from there. Usually, the somewhere is fundraisers in places like Beverly Hills and Bel Air - which means potential traffic disruptions around UCLA.

President Trump is expected to use the Santa Monica Municipal Airport (SMO) on Tuesday, September 17 and in preparation for his visit, the City of Santa Monica anticipates military helicopter activity at and around SMO on Monday, September 16 and Tuesday.

Trump is in California Tuesday for several fundraisers in both Los Angeles and the Bay Area. Geoff Palmer, the real estate developer and one of the president’s biggest donors, is hosting a Los Angeles fundraiser for Trump.

Very few details have been made public about Trump’s visit to California, a state where his approval rating is under 40 percent according to a poll released by the Public Policy Institute of California.

As Airport staff release additional details about potential street closures as a result of the visit this article will be updated.

===
Apart from possible disruptions from the presidential visit, the Regents are meeting at the UCLA Grand Hotel starting today and continuing Wednesday and Thursday. So there could be some on-campus traffic issues.
===

UPDATE: The Trump visit largely will be felt this evening in areas near UCLA, possibly affecting some late commutes:

Source: https://www.dailynews.com/2019/09/17/trumps-la-visit-is-closing-these-downtown-streets/
Posted by California Policy Issues at 6:37 AM