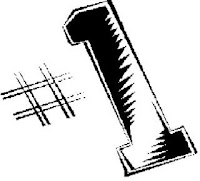 From UCOP Daily News Notes and the Wall St. Journal:

More than two dozen public schools placed in this year’s top 100 of the Wall Street Journal/Times Higher Education College Rankings, with 10 public schools making the top 50. These schools ranked highly in providing desired outcomes for graduates, despite lacking the resources of many private schools.

The University of California, Los Angeles tops the chart for public schools and ranks No. 25 overall. In the rankings, UCLA placed highly in the environment and engagement categories, fifth and 11th, respectively, among all schools public and private. Environment measures diversity on campus, while engagement rates how involved students said they felt both inside and outside the classroom.

UCLA ranks No. 124 in resources, a measure of funding and endowment, among both public and private schools. But it ranks 16th in outcomes, which measures recent graduates’ salaries and debt levels, as well as graduation rates and a school’s academic reputation. Public schools often struggle to match the financial resources of private schools as they depend on dwindling state support...

The public schools that achieved the highest overall ranking

Source: https://www.wsj.com/articles/the-top-public-schools-in-the-wsj-the-college-rankings-11567640004
Posted by California Policy Issues at 10:48 AM

Email ThisBlogThis!Share to TwitterShare to FacebookShare to Pinterest
Labels: U of Illinois, U of Michigan, U of North Carolina, U of Virginia, U of Washington, UC-Berkeley, UC-Davis, UC-San Diego, UCLA