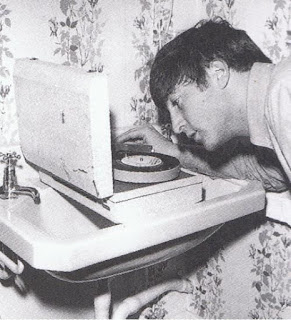 Summary of Sept. 17th sessions of the Regents from the Daily Cal:

UC Board of Regents meets to discuss investments, basic needs

The UC Board of Regents reconvened on the UCLA campus on Tuesday, having its first meeting since August, with three different committees meeting to discuss financial and social aspects within the UC system.

The Public Engagement and Development Committee, the Investments Committee and the Special Committee on Basic Needs met throughout the day to touch base on UC investments and CalFresh enrollment, among other topics.

Hayley Weddle, UC student regent, summarized the proceedings of the Public Engagement and Development Committee, which had its meeting earlier that day. The regents focused on discussions about the role of policy in closing opportunity gaps and building healthy communities, according to the agenda.

State Sen. Holly Mitchell, D-Los Angeles, also attended the meeting and spoke about issues that many students face, such as food and housing insecurity, as well as systematic inequalities.

Notably, Bachher said UC assets have increased by 33 percent since 2014, from $95 billion to $126.1 billion. He also described the breakdown of UC investments, with 68 percent being invested in the U.S., 14 percent in Europe, 13 percent in Asia and 5 percent in other locations worldwide.

One of the most significant items up for discussion was the announcement that the UC endowment is fossil-free — the result of a framework on sustainable investing put into place in 2014 and the advocacy of both students and faculty calling for the UC to leave fossil fuels behind.

“We committed to adopt a sustainable investing framework that would go beyond fossil fuels …(and) invest in new energy solutions that would address the challenges of climate change,” Bachher said.

Presidential candidate Bernie Sanders tweeted about the announcement, congratulating students for pushing the UC system to join “more than a thousand institutions in divesting from fossil fuels.”

The Special Committee on Basic Needs met the latest in the day, with its agenda focusing on CalFresh eligibility and access, rapid rehousing efforts and the cost of attendance.

Yvette Gullatt — vice provost for diversity and engagement at the UC Office of the President, or UCOP — led the CalFresh presentation and offered statistics about the program’s success within the UC.

“Currently UC campuses have enrolled from 2 to 20 percent of their estimated CalFresh eligible student population, which is about 18,000 UC students enrolled in CalFresh systemwide,” Gullatt said.

According to campus alumnus and Basic Needs Security Committee Chair Ruben Canedo, the UC Berkeley campus is the largest CalFresh provider for all of Alameda County. He added, however, that “we’re nowhere near even half of the students who are eligible on that campus.” CalFresh can award up to $192 a month, or $2,304 per year, to eligible students without affecting their financial aid packages. Recent legislature and campaigns have increased CalFresh accessibility. California SB 173, an effort to increase enrollment of college students in CalFresh, passed unanimously in June 2019.

You can hear the sessions at the links below:

Public Engagement and Development (Part 1 - Part 2 came the next day):