Things to Come (at the Regents this week) 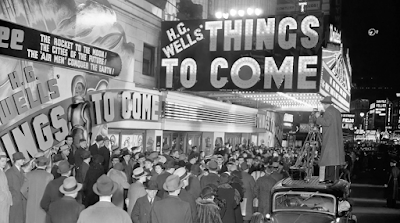 One of the early sessions at the Regents this coming week will be the Investments Committee reporting on how the endowment and pension portfolios did during fiscal 2018-19. And we pretty much know it will be a cheerful report showing good returns. How do we know? Well, first of all, from July 1, 2018 to June 30, 2019, the stock market went up significantly. And interest rates were cut (which raises bond prices). So it would be hard to do badly in that period. Second, the cheerful news has already been touted on an official UCOP news release:

The University of California’s Office of the Chief Investment Officer (UC Investments) announced today (Sept. 12) that its assets under management grew to $126.1 billion as of June 30, a one-year jump of $7.4 billion and a five-year gain of $30 billion.

UC’s $126.1 billion is spread across seven unique financial products. The endowment ended the fiscal year at $13.4 billion, and the pension stood at $70 billion. Working capital was at $14.8 billion, with total return at $9.2 billion and short-term at $5.6 billion. The retirement savings program ended the year at $25.6 billion, Fiat Lux Insurance at $1.1 billion, and the newly created Blue & Gold Pool at $1.3 billion for the three months since its inception.

“What stands out for me in these numbers is our team’s growth and success,” said Chief Investment Officer Jagdeep Singh Bachher. “When I joined UC in April 2014, our total assets under management were valued at $91.6 billion. Five years later they total $126.1 billion. We’ve added $2.4 billion in value above our benchmarks and saved $1 billion by reducing management costs.”

Said UC Regent Richard Sherman, chair of the Investments Committee, “Jagdeep and the UC Investments team have delivered solid absolute returns above their benchmarks. They continue to innovate and work collaboratively among themselves and with their partners. They’re right-sized: agile and well-placed to take advantage of economies of scale, best of breed managers and passive equity products. This leads to an extraordinarily low cost of management that enhances our net returns for the benefit of all UC stakeholders.”

“UC Investments has been key to the university’s success on some of our most important and exciting initiatives,” added UC President Janet Napolitano. “Their approach helps our long-term financial outlook and well positions us to meet the challenges of the next 150 years at the University of California. UC Investments has found ways to deepen its relationships with our 10 campuses and add value to the day-to-day benefit of UC.”

Performance results will be discussed at the September 17, 2019 meeting of the UC Board of Regents’ Investments Committee.

Source: https://www.universityofcalifornia.edu/press-room/uc-investments-posts-strong-gains-endowment-824-percent
Posted by California Policy Issues at 8:04 AM