We will see what happens 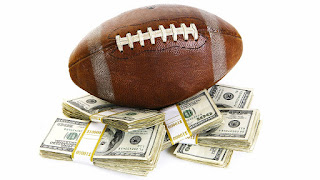 California Lawmakers Vote to Undo N.C.A.A. Amateurism: A bill passed by the State Assembly would allow college athletes to make endorsement deals. It is expected to reach the desk of Gov. Gavin Newsom.

SACRAMENTO — There were two guests of honor at the monthly meeting of the Oakland Rotary club in November 2015: the University of California marching band and a sports economics expert railing about the N.C.A.A.’s rules barring college athletes from collecting compensation for their play.

While the band riled up the crowd in the small theater — it was the week of Cal’s rivalry football game against Stanford — the conversation about a multibillion-dollar enterprise dependent on amateur athletes caught the ear of an audience member, Nancy Skinner. Her response could shatter the business model of major college sports.

Termed out of the State Assembly in 2014 and considering a run for the State Senate, Skinner had spent much of her adult life championing causes that one might expect from a Berkeley activist: organizing graduate assistant teachers, banning Styrofoam from fast-food businesses and raising taxes on the rich.

“All of a sudden the light bulb was going off,” Skinner said of the discussion at the Rotary meeting. “Rather than being the bystander going, ‘Gosh, this is so unfair, how do these people get away with this?’, I’m like, ‘Hey, if I’m in the Senate, can the state do something about it?’”

She is about to find out.

Skinner, who was elected to the State Senate three years ago, produced a bill that would allow college athletes in California to be paid for the use of their name, image and likeness — be they basketball stars signing their own marketing deals or water polo players advertising offers of swim lessons.

The Fair Pay to Play Act, which Skinner wrote with Steven Bradford, a fellow Democrat in the State Senate, cleared the State Assembly on Monday by a vote of 72 to 0, with support from civil rights advocates and free-market proponents. A version of the bill had already cleared the Senate.

Once the chambers work out any differences, which is expected to be a formality, the legislation will be headed for one more significant hurdle — Gov. Gavin Newsom will have 30 days to sign it.

LeBron James, a frequent critic of the N.C.A.A., took to Twitter last week to urge California residents to contact their state representatives and tell them to support the bill.

“This law is a GAME CHANGER,” James wrote.

A day later, Senator Bernie Sanders of Vermont retweeted James’s message and added one of his own: “College athletes are workers,” Sanders wrote. “Pay them.” ...