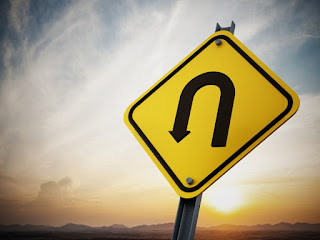 According San Francisco Chronicle columnists Matier & Ross, UC-Berkeley is hinting at a change in crowd control policy in reaction to the confrontation over the Milo Yiannopoulos talk:

“Black bloc” anarchists demonstrate Wednesday at UC Berkeley, forcing the cancellation of right-wing provocateur Milo Yiannopoulos’ speech. The police backed off as the anarchists destroyed property. When it comes to its treatment of anarchist protesters like the ones who trashed Sproul Plaza the other night, UC Berkeley’s attitude amounts to this: We’d rather deal with broken windows than broken heads.

The result was about $100,000 in damage to the campus — and a worldwide image of UC police standing by as “black bloc” protesters fired bottle rockets at them and used police barricades as battering rams to break the windows of the Martin Luther King Jr. Student Union, where right-wing commentator Milo Yiannopoulos was scheduled to speak.

It wasn’t just the building that took damage. Some people who the anarchists concluded were there to hear Yiannopoulos were attacked, and one of the organizers of the Berkeley College Republicans, who were hosting the Breitbart News website editor, was splashed with red paint.

Police made no attempt to stop the attack or arrest any of the rioters. It was a legacy, in part, of the infamous incident during the Occupy protests of 2011 in which a UC Davis police officer shot pepper spray directly into the faces of peaceful, seated demonstrators on the campus quad.

After that PR disaster — which resulted in UC agreeing to a nearly $1 million lawsuit settlement — the university rewrote its police rules to mandate that officers use the minimum amount of force needed to ensure the maximum safety of everyone involved. Taking on the anarchists at the Berkeley protest with batons and tear gas might have resulted in arrests, but it would also have resulted in injuries — and not just to black bloc types. The hundreds of demonstrators who were behaving peacefully would have been in the middle of the mess.

“We’re not talking about people who, if you try to arrest them, are going to say, ‘I’m sorry’ and just let themselves be cuffed and taken in,” UC Berkeley spokesman Dan Mogulof said of the anarchists. “There would have been confrontations that involved innocent bystanders, and we would have had far more than the six injuries we had.”

Having the police scurry for cover may have been a bad look on TV, but it was an easy call for campus officials, Mogulof said. “It was too dangerous for everyone.”

Something happened Wednesday, however, that is causing law enforcement officials to re-examine their procedures. In the past, when violent protesters have shown up at East Bay demonstrations, they’ve mixed with the crowd and used peaceful protesters as human cover. This time, the 100 or so black bloc anarchists marched brazenly up Bancroft Way and into Sproul Plaza after the protest was under way, lined up directly in front of their target and attacked.

It was as if they knew no one would stop them — which turned out to be the case.

“That is a real game changer,” Mogulof said...

Full column at http://www.sfchronicle.com/bayarea/matier-ross/article/Why-UC-police-let-anarchists-run-wild-in-Berkeley-10908034.php
Posted by California Policy Issues at 8:27 AM