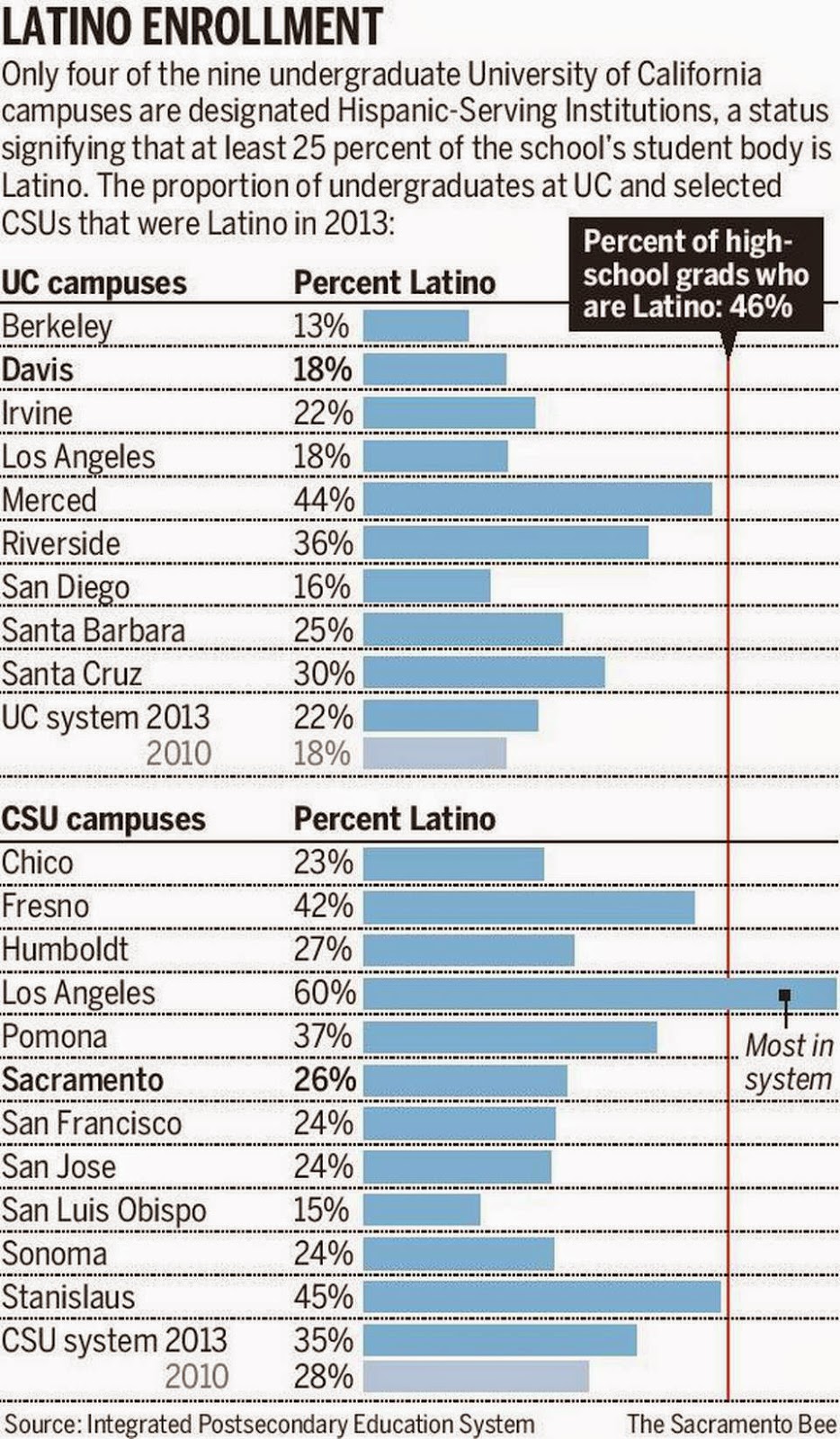 The Sacramento Bee is running the chart above on Latino undergrad enrollment at UC and CSU.* Such charts get noticed in the legislature. It might be noted, however, that while Merced shows a much higher percentage than the other campuses, the distribution looks quite different because Merced is much smaller than the older campuses. Yours truly has produced the pie chart below for undergrads in Fall 2013.** 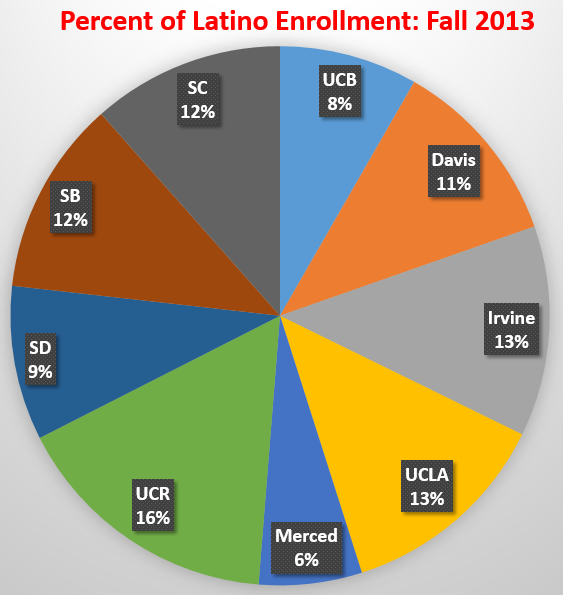 UC would be well advised to produce such charts as the ones above in its statistical reports. Why make users put them together?  Also of interest would be a chart of the type above but showing just transfers, for example. The data in the official reports is broken into such detailed categories that even for Latinos you have to add two categories together. It's fine to have the detailed numbers, but in the end producing charts and tables that are likely to match the interests of journalists and politicos would be best. With web publishing, there is effectively no limit on pages.

We have previously posted about the governor's complaints that "normal" people can't get into Berkeley.*** What he thought of as normal people in his statement at the last Regents meeting were folks like those in his family. What others may think of as normal may be of a different background.
--
*http://www.sacbee.com/news/politics-government/article9719432.html
**http://legacy-its.ucop.edu/uwnews/stat/statsum/fall2013/statsumm2013.pdf
***http://uclafacultyassociation.blogspot.com/2015/02/on-governors-norms.html and http://uclafacultyassociation.blogspot.com/2015/02/listen-to-morning-meeting-of-regents.html
Posted by California Policy Issues at 8:24 AM