No titles and apparently no authors in Kansas 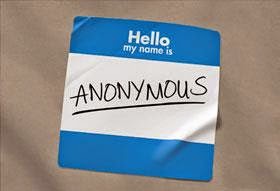 A bill has been submitted in the Kansas legislature that would ban professors from using their university title in op eds and letters to the editor.  However, the bill's author seems to have been anonymous - he didn't seem to want to use his name - at least for a time:

...Local Government Chairman Rep. Steve Huebert, R-Valley Center, said the bill had been offered to the committee by Rep. Virgil Peck, R-Tyro. Peck initially said he hadn’t offered the bill. But after being told Huebert had said he had offered it, his answer changed. “I introduce bills in committee sometimes when I’m asked out of courtesy. It’s not because I have any skin in the game or I care about it. I’m not even sure I introduced it, but if he said I did, I did,” Peck said...

Well, good ideas come from all over. And please note that the opinions expressed in this blog may or may not be held by somebody or anybody.
Posted by California Policy Issues at 2:31 PM