The Gay Marriage Decisions: What Do They Mean for UC? 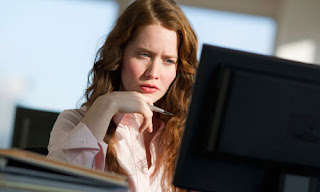 As the preliminary reports and analysis of the U.S. Supreme Court's rulings on gay marriage appear, you may be wondering what effect it might have on U.C., particularly with regard to benefits.  Or maybe you are not wondering since you know that U.C. has provided dependent benefits for domestic partners.  There is actually an effect through the federal tax system.  The now-defunct Defense of Marriage Act (DOMA) meant that the IRS did not recognize gay marriages, even in states where such marriages were permitted.  Thus a spouse/dependent in such a relationship, even if eligible for, say, coverage under his or her spouse's health insurance (at UC or elsewhere) had to pay taxes on the value of that coverage.  With DOMA gone, presumably such benefits to dependent same sex spouses will now receive the same tax-favored treatment that was afforded under federal law to opposite sex spouses.

The Supreme Court avoided ruling on California's Prop 8 ban on gay marriage.  However, a lower court had voided the Prop 8 ban - which was the route by which the case reached the Supreme Court - so presumably gay marriage will now resume in California.  (There may be some local variation initially but it will be possible for gay couples to marry in the state and thus receive federal tax-favored treatment for benefits.)  It is unlikely, however, that domestic partnerships will be recognized as marriages by IRS, particularly since formal marriage will now be an option for gay couples.  Thus, gay couples under UC benefit plans that are currently in domestic partnerships and that choose not to get married won't receive federal tax-favored treatment.  At least, so says yours truly - a non-lawyer and non-tax expert.  (So be warned.)

UPDATE: The governor has told the counties to resume or begin issuing marriage licenses to gay couples. Story at http://blogs.sacbee.com/capitolalertlatest/2013/06/jerry-brown-tells-california-counties-to-issue-gay-marriage-licenses.html
Posted by California Policy Issues at 9:36 AM