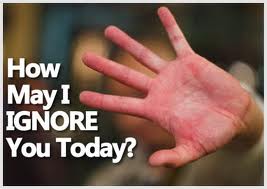 Some readers may recall coverage on this blog of the most recent Regents meeting (May) in which an entity at UCLA to be known as Newco was created to license university-developed technology.  One small newspaper - the East Bay Express - has now given the new entity some (negative) attention and points out that there was little coverage of the issue in the news media.

In a unanimous vote last month, the Regents of the University of California created a corporate entity that, if spread to all UC campuses as some regents envision, promises to further privatize scientific research produced by taxpayer-funded laboratories. The entity, named Newco for the time being, also would block a substantial amount of UC research from being accessible to the public, and could reap big profits for corporations and investors that have ties to the well-connected businesspeople who will manage it. Despite the sweeping changes the program portends for UC, the regents' vote received virtually no press coverage. UC plans to first implement Newco at UCLA and its medical centers, but some regents, along with influential business leaders across the state, want similar entities installed at Berkeley, Davis, Santa Cruz, and other campuses. UC Regents Chairwoman Sherry Lansing called Newco at UCLA a "pilot program" for the entire UC system...

UC administrators also say they have established sufficient safeguards for Newco and that UCLA's chancellor and the regents will have oversight over the entity. But if last month's regents meeting in Sacramento is any indication, UC oversight of Newco may be less than robust. Several regents, in fact, objected to creating an oversight committee that would keep tabs on the new entity... Many of the UC Regents are also close friends of investors who want greater access to university inventions under more favorable terms, and who want the university to subsidize early-stage business expenses and take financial risks by investing in technology startups... The most vocal advocate for Newco at UCLA has been James Economou, the campus vice chancellor of research and a doctor at UCLA Medical Center who holds a faculty appointment in UCLA's Department of Molecular and Medical Pharmacology. In several presentations to the regents, Economou has stressed that a Newco-type entity would patent greater numbers of faculty inventions and create more financial deals with the private sector, and that the university would benefit from the revenues and wealth this generates...

Our earlier blog coverage is at http://uclafacultyassociation.blogspot.com/2013/05/the-name-seems-to-be-taken.html
Posted by California Policy Issues at 8:53 AM

The exact same nonsense is contained in the Senate (passed) version of the 2013 Farm Bill. It basically takes $200m of taxpayer dollars and creates a private foundation for agricultural research. No one in the press has noticed this either.