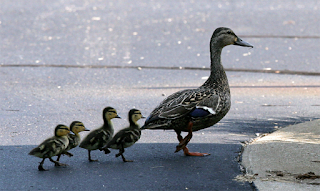 Yesterday, we posted an entry about Prop 209 admissions data in preparation for the U.S. Supreme Court's decision on affirmative action in university admissions.  Now that the decision is out, the media reports generally say it will have little effect.  Since California has Prop 209 restrictions in place already, it is assumed that there will be zero effect in California.  Your non-legal expert is unsure that zero is the right number.  As noted yesterday, the decision had the potential to affect private universities - due to their acceptance of federal funding - and public ones outside California.  Suppose it turns out that when the dust settles on this decision - a process that will apparently occur in lower courts - following affirmative action policies is made more difficult or in someway impeded in the privates and non-California publics.  In that event, the UC disadvantage in attempting to follow diversity policies under Prop 209 could be lessened.  If there are any legal types that would like to intone on this speculation, they are invited to do so.

The LA Times' version of the decision of the Supremes is at http://www.latimes.com/news/nationworld/nation/la-na-court-affirmative-action-20130625,0,3357283.story

It might be noted that two other cases decided by the Supremes and involving employment discrimination claims happened to occur at universities.  The decisions made such claims more difficult to pursue.  A summary and links can be found at:
http://www.insidehighered.com/quicktakes/2013/06/25/universities-play-role-2-supreme-court-employment-law-rulings
Posted by California Policy Issues at 7:39 AM