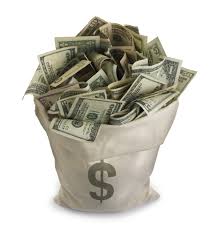 The state controller has just released his data on cash receipts for 2012-13 through May.  As it turns out, the month of May brought in more cash than forecast in the governor's May revise, just under $800 million more.  This outcome will add fuel to the conflict between the governor and the legislature as to how much revenue to project for 2013-14.  The governor has argued that much of the extra money that has come in this year is a one-time capital gains result that cannot be assumed to continue.

As our previous post noted, the legislature is due to produce a budget by Saturday.  But it may not be one that is in accord with the governor's desires.  The governor could veto the budget or use his line-item veto on it.  In theory, the legislature could override the governor although some Democrats might be reluctant to do so.

You can find the controller's cash statement at http://sco.ca.gov/Files-ARD/CASH/fy1213_may.pdf

In the meantime, with the new numbers, the legislative Democrats are likely to be celebrating the fact that there is more: