Do You Have an Opinion on APM 0668 - Negotiated Salary Program? 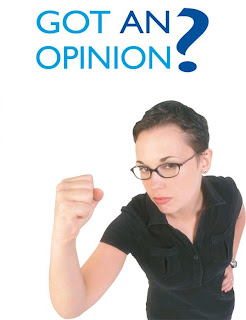 From: the UCLA Faculty Association

In times like these—budget cuts to higher education statewide and to UC year after year—it is good to know about the Faculty Association (FA) at UCLA, an independent organization of faculty on this campus since 1973. Its focus is singular: the general welfare of UCLA Senate faculty on the general campus and health sciences. Because it is state funded, the Academic Senate cannot use its resources to speak out on political issues. It is tasked with "joint governance," which means the Senate is inherently in a relationship with the administration.

It is the independence of the FA, which is dues-supported, that enables this organization to speak out on issues of interest to faculty. On some of those issues we ally with faculty associations on other UC campuses or with other groups, and sometimes with the University if it can benefit from our independent voice. But these alliances are made only on an ad hoc basis because the UCLA FA preserves the independence that has always characterized this organization on this campus, statewide, and in Sacramento.

Historically, the FA concentrates on issues that affect the workplace—mainly salaries and benefits—leaving academic matters to the Senate. In this context, the FA is now focusing on the new personnel section APM 0668, called the Negotiated Salary Program (NSP). The campuses have been asked to comment on this proposed policy by Oct 28, and the systemwide comments must be in by Nov. 18, 2011. To see the new policy and read something about its background, go to http://www.universityofcalifornia.edu/senate/underreview/APM-668SystemwideReviewRequestandmaterials.pdf

Post your short comments on this blogsite! If your comments more space that the blogsite comments allow, email your longer comments to the FA (ucfa@earthlink.net), and we will distribute them by email.

If you are not already a member of the UCLA FA, the Executive Board asks you to join your colleagues in supporting this organization, which has been acting on behalf of faculty interests for more than 35 years. More information on the history and mission of the UCLA FA is on the website at www.uclafaculty.org. Click “Join” at the top for an application.

This new policy would not have surfaced in the old days when California was building one of the greatest educational systems in the world and funding the University of California to become the premier public university. The step/ladder salary plan functioned as an equitable way to reward merit and excellence. But times have changed. Off-scale has been used to supplement salaries of most faculty, while the step/ladder rates have been stuck in place for many years. UC has now been forced to look for alternate funding for faculty salary increases and more liberal policies to maintain its excellence.

The new APM 0668 would allow faculty outside the School of Medicine, which has already a similar program in place, to apply to department chairs or other administrators to use some portion of non-state resources to supplement their salaries for a specific period of time, typically one to two years. The NSP must comply with all federal and state regulations, limitations, and exclusions, regarding the use of grant funds for salary augmentation and any gift or endowment memoranda of understanding about the use of funding.

This negotiated salary supplement for faculty (“y”) would be in addition to base salary (step/scale + off-scale or “x”). The “y” would not be covered by UCRP (the basic UC pension plan) because it would not be a permanent part of the salary; instead, the “y” would be a temporary faculty salary supplement that could be renewed for one to two years, based on the annual or two-year review process regardless of whether the faculty member obtains new or retains previously awarded non-state funding. APM 0668 could be seen as a salary augmentation scheme, parallel to off-scale, but less permanent.

Also, APM 0668 is not a salary exchange program; UC is not replacing its funding with non-state funding. UC is allowing some faculty to supplement their salaries for a limited and specific period of time based on the availability of non-state funds.

The new Negotiated Salary Program (NSP) allows three kinds of funding to supplement faculty salaries: gifts and endowments, professional fees and fees in self-supporting programs, and research grants that allow some part of the total grant to be allocated to salaries. Although APM 0668 may affect very few faculty, it is possible that the greatest number will be those who receive multiple research grants.

NSP has its supporters and detractors. Those in favor say that the policy would allow UC to supplement the salaries of faculty on the general campus in ways similar to those that have been used in the health sciences compensation plan and to do so in the new environment of reduced state funding. The NSP would also help the University recruit new faculty and retain those with competing offers by using extramural funding to sweeten offers. Those opposed to the NSP bring up the costs associated with research grants, some of which may not be fully covered by the indirect cost rate paid to the University on both federal and nonfederal grants. The NSP could also result in even greater salary inequities among faculty at the same step on the ladder that arise from further emphasis on competition and market value.

The UCLA Faculty Association has three areas of concern about the new policy. The first two have to do with the basic assumptions behind the APM 0668, rather than what is stated in the policy itself, and the third has to do with historical methods of setting salary increases for UC faculty.

The first area concerns “the contingency fee,” (668-10, a, 4: “Management of the contingency fund that supports the Program.” Some have speculated that this is actually a tax to divert revenue from one source to support other units with less access to external funding. While equalizing funding is an issue, nothing will short-circuit the NSP faster than the idea of a tax; therefore, it is important that the NSP language specifically spell out what use will be made of the contingency fund.

One such use of the contingency fee would be insurance for the limited time that the NSP has been awarded. For instance, if some faculty get negotiated salary supplements, and in the second year, for example, the funding is cut or stopped, there must be some sort of “contingency fund” or “self-insurance fund” to cover salary supplements that have been negotiated for a specific time period for which the funding is no longer adequate. Illness of the faculty member could also require insurance. The suggested fee is now set at 3% of the faculty member’s base salary (scale/step + off-scale). Thus a faculty member with a base salary of $100,000 would need the grant to pay a contingency fee of $3,000 to UC in case of an unforeseen drop in grant funding.

Why isn’t the contingency fund based on the amount of the negotiated salary supplement rather than the entire base salary, which would not be affected by any reduction in grant funding? If the fee were based on the amount of the salary supplement, the percentage of the contingency fee might differ significantly from 3%. For example, if the negotiated salary supplement were $15,000, then NSP might require as much as 10% of that amount or $1,500 put aside as insurance in case the $13,500 ($15,000 - $1,500) from the grant were to be unavailable during the duration of the grant. This example shows why it is essential to spell out what use will be made of the contingency fund in order to set the rate in a fair and transparent manner. The contingency fund is not a long-term insurance policy to make the NSP a permanent salary increase for any faculty; it is a short-term policy designed for emergencies.

Second, the NSP assumes that no faculty member would be permitted to negotiate a salary increase of more than 25% of base salary, established on an annual basis. If a grant allows more to be charged to salary, why would the University set a limit of 25%? Given this limited time period of the agreement of 1 to 2 years, to assume a 25% limit appears to question the policy before it is even implemented. If limits on the NSP are adopted on all grants, even those for which there are no limits on the amount that can be allocated to salary within the grant itself, then language should be added to explain the rationale for the limit. If the 25% limit has been set to limit possible abuse of the NSP, then the policy itself should be clarified to avoid abuse.

Third, the FA is concerned about whether the negotiated salary supplements would be included in the salary totals for all UC faculty for the purpose of comparing the average UC salaries with those of the Comparison-8 Institutions. This question raises another: do UC’s peer institutions follow a policy similar to NSP and include these kinds of supplements in the salaries they report to UC? If the supplements were included in UC salaries, it would raise the average, which would, in turn, call for a lower salary increase for UC faculty to achieve parity with its peers.

The UCLA FA was invited, among other interested parties, to submit comments on the APM 0668 proposal. This blog post represents discussion of the FA Board at a recent meeting. The FA is more than the Board, of course, so the blog is posted to give all faculty the opportunity to join in the discussion and make their input available.

The UCLA FA welcomes all responses.

I do not see why there has to be a contingency fund and why this has to be arranged ahead of time in 1-2 year increments. This seems like alot of paperwork. Another way that this could be run is to fund it like summer salary - for example the extra salary could be taken in lieu of consulting income. We are allowed approximately 1 day per week to do outside consulting. If we are not taking those days as outside consulting perhaps we could bill the time to a grant it could be done immediately and be pre-approved and there would be no need to plan this far in advance. We could bill our "consulting" time at the regular UC salary rate prorated on a per-day basis. For those of us with shorter term contracts on the federal fiscal year it could be much more convenient than the arrangement used in the med school. At the moment I have a consulting contract with another campus but the above arrangement would be incentive to bring those kinds of funds to UCLA and they come with more than PI salary - typically money for students and postdocs that is otherwise going to another institution. I wrote much of the proposal that produced my consulting contract elsewhere.

We need some detail about the approval process for NSP. The description says that "The NSP must comply with all federal and state regulations, limitations, and exclusions". Who will make this determination? Will it require case-by-case approval by the funding agent, or will the university get some kind of blanket approval for use of various classes of funds?

I have a question about the contingency fee.

What happens if the NSP is funded by the endowment fund? Will these NSPs be permanent because there is no question of grant funds running out?