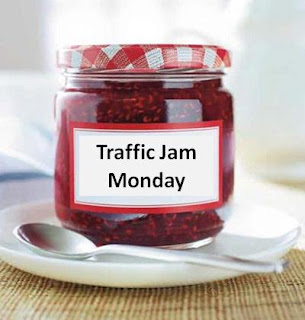 An LAObserved report yesterday suggested that getting home from UCLA this coming Monday (Oct. 24) may be complicated by an “Obamajam.” (Excerpt)

President Barack Obama is scheduled to arrive at LAX on board Air Force One between 4:30 and 5 p.m. on Monday, the White House just announced. This means that however he moves to the Hancock Park area for Democratic campaign fundraisers … his travel will fall during the peak time for cross-town traffic. Yeah, we're talking Obamajam again…

It’s hard to imagine that the President arriving around rush hour at LAX will not affect at least the 405.

In short, moving around may be difficult:

Update: It appears there will be a direct impact on the UCLA area. See http://www.laobserved.com/archive/2011/10/reminder_its_an_obamajam.php
Posted by California Policy Issues at 8:28 AM