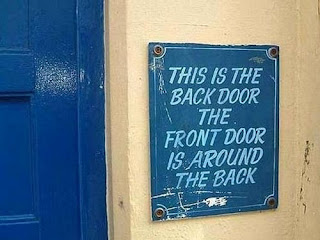 Gov. Brown has until Sunday to decide to sign or veto the remaining bills on his desk. Among them is SB 185 – the bill that sparked the anti-affirmative action “bake sale” at UC-Berkeley.

It is unclear what the governor will do, although the speculation yours truly has seen so far suggests he will sign it. On the other hand, recent vetoes suggest he is reluctant to fiddle with California’s direct democracy. (He vetoed legislation that would have indirectly impeded use of paid signature gatherers, for example.) And the delay in announcing what he will do suggests the governor is having trouble deciding on SB 185. The LA Times today runs an editorial saying the paper opposes the ban of Prop 209 on affirmative action in public university admissions but also opposes what it terms a “backdoor” way to get around the ban.

As much as this page exhorted Californians to vote against Proposition 209 in 1996, the constitutional amendment that bars affirmative action in state hiring and admissions at public colleges is now the law, having survived numerous legal challenges. A bill passed by the Legislature this year that would allow the University of California and California State University to "consider" race, gender and so forth in the admissions process is a clear attempt to flout that law. Gov. Jerry Brown should veto SB 185, which would thwart the will of the voters even if it survived a certain legal challenge…

Sen. Ed Hernandez (D-West Covina) told Times reporters that SB 185 was not in conflict with Proposition 209 because it would only allow universities to consider those factors rather than give preference to them. In fact, the bill specifically says that "no preference shall be given." But that's doublespeak. Why would an admissions committee consider race, gender or national origin if not to factor them into its decisions? Indeed, the actual wording of the bill makes it clear that admissions directors wouldn't just be chatting aimlessly about applicants' backgrounds…

So will the governor sign or veto? We can fall back on the standard pundit answer: