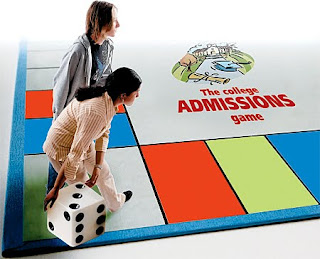 An earlier post on the UC-Berkeley affirmative action "bake sale" controversy noted that the issue that sparked that controversy was a bill - now on Gov. Brown's desk - that would possibly relax the ban on affirmative action in UC student admissions enacted by voters in Prop 209. However, there are other changes in admissions standards underway that have received less attention in the news media. And another bill on the governor's desk is involved. See below:

A decade ago, 258 career technical education courses counted toward satisfying requirements for admission to the California State University or the University of California. Today, the number has grown to 9,079 courses, closing in on the 2012 goal of 10,000 courses that the Legislature set several years ago.

The numbers reflect a dramatic shift in the mindset toward CTE (Career Technical Education) by the University of California, whose faculty determines which courses meet A-G, the 15 subjects that all students must pass to apply to a four-year state university. They dispel the myth that UC discourages the submission of CTE courses for A-G approval...

In years past, it’s been true that UC professors, as definers of rigor, looked down their noses at applied learning. But that has changed, as UC felt pressure from the top – the Legislature, led by Senate President pro Tem Darrell Steinberg – and the bottom – a groundswell from high schools, encouraged by the Irvine Foundation – to expand CTE and inject real-world learning into academic courses.

…Business Algebra II was created over a four-day retreat at Lake Arrowhead in May. It was organized by the University of California Curriculum Integration Institute, which brings together CTE and academic high school teachers, UC professors, and education experts to design courses that cross disciplines. One of Steinberg’s bills, SB 611, now sitting on Gov. Jerry Brown’s desk, would write the Institute into law and expand the course offerings, as state money permits…

The notification of admissions process may be different from what typical readers of this blog will remember:

University of California 10 campuses displace qualified for public education at a UC campus Californians for a $50,600 payment and a foreign passport.