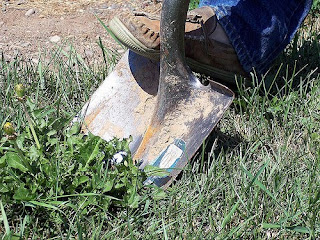 (idiomatic, US, journalism) To begin a story with details of secondary importance to the reader while postponing more essential points or facts.

An article in today’s calpensions.com indicates that both CalPERS and CalSTRS have asked GASB – the Governental Accounting Standards Board – for a delay in its proposed new rules on public pension accounting. The rule would allow public pensions such as UCRP to continue with their projections of earnings on their assets (7.5% for UCRP) but would require a much lower discount rate for unfunded liabilities. The net effect of the proposed change would boost the accounting value of unfunded liability.

There is also a final sentence that indicates GASB is looking at “financial projections.” It is not clear to what that phrase refers, but it sure sounds like GASB is looking at whether assumed future earnings rates on assets, e.g., 7.5% for UCRP (and higher at CalPERS and CalSTRS), are too high.

Here are the last few sentences of the article:

“I think I can offer you some hope,” …the GASB chairman, told a speaker. “Dealing with OPEB (other post-employment benefits), primarily retiree health benefits, is something that’s on our agenda. We will be looking at that going forward.”

(He) told another speaker that GASB has “another project that is looking at financial projections.”

The actual GASB proposal for pensions is to project the liabilities year by year; then project the assets forward, including future contributions according to your actuarial plan (which you must be actually following, not just planning to do at some indefinite point in the future) and your assumed rate of return on assets and see if you ever run out of money. If you do, all liabilities beyond that point are discounted back at a lower rate, most likely a corporate bond or a taxable municipal bond rate. If not, all liabilities are discounted back at the assumed rate of return. We have an actuarial plan that restores us to full funding in 30 years, and we are currently following it, so the new GASB rule on pensions should make no difference to us.

It would make sense for (GASB) to apply that to retiree health. But note we are already discounting retiree health at (if I recall correctly) 6%, precisely because we are not prefunding it. Thus, I think there would be little change in our retiree health liability. I presume CalPERS and CalSTRS are also currently required to use the lower rate also. Thus, I am not sure it would make much difference.

In short, the impact on retiree health accounting would depend on whether GASB insisted on a rate below 6%.
Posted by California Policy Issues at 7:14 AM