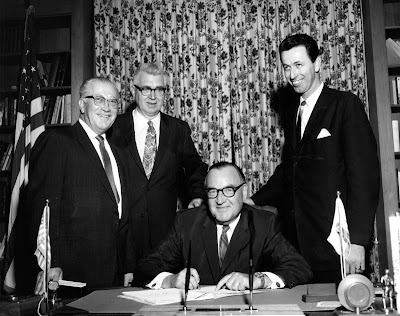 The LA Times ran an editorial yesterday, lamenting rising tuition at UC and the lack of state support. It also threw out some suggestions. Among them:

…The university also should consider a temporary policy that favors admission to students in the immediate geographical area for a certain percentage of new undergraduates. That way, more students could live at home and avoid the hefty cost of a dorm. UC campuses are not usually commuter schools, but troubled times call for a willingness to make sensible changes…

Actually, many undergrads enter UC and UCLA as transfer students from local community colleges which are a) inexpensive and b) allow living at home. CSU campuses are also an option. Indeed, that was what the Master Plan was all about, i.e., differentiating the three higher ed segments. The LA Times’ suggestion above is essentially a kind of Cal State-Westwood, Cal State-Berkeley, etc., idea.

The real story here is that President Yudof came to the Regents in September with a proposal for a multi-year schedule of tuition increases in the light of failing state support and that the Regents did not go for it – or for any other solution. (The audio of that session was posted yesterday on this blogsite.) It appears that the old adage about not calling the question before counting the votes was ignored in that episode.

Is the Regents non-action on the Yudof proposal the result of a lack of confidence in the President of UC? Until now, the Regents pretty much endorsed presidential proposals for tuition hikes. In any event, what needs to happen is not implementation of some ad hoc suggestion such as that made by the LA Times. Rather there needs to be a process involving UC (not just UCOP but the faculty and Academic Senate), the Regents, the governor, key people in the legislature, various interest groups in the state, and others that is aimed at looking at the budget outlook and negotiating an accord. The Regents are evidently tired of being in a reactive mode in which the state cuts the budget and tuition is hiked in response – with the Regents then getting the blame.