The Guv on Pensions: What did he say? 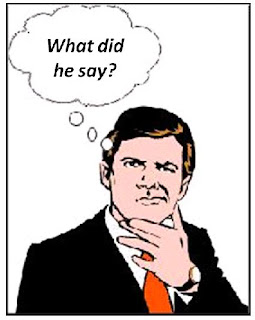 Governor Brown has now held his press conference on public pensions. His proposals clearly covered CalPERS and CalSTRS. Coverage of UC was not mentioned. But the governor did make an off-hand reference to UC’s long pension holiday, i.e., the two-decade period of zero contributions.

The governor released a 12-point plan but one element, a kind of total cap on pension amounts, was not mentioned on the list of the twelve. [A cap is mentioned but not linked to defined contributions.] Yet, in response to a reporter’s question, he said a cap was intended but that it was complicated because of his proposal for a “hybrid” plan for new hires. A hybrid plan means a combination of defined benefit and defined contribution. It was vague but the governor seemed to want the likely payout from the defined contribution part of the system to be factored into the calculation of the cap. Lots of uncertainty remains in this aspect of the proposal.

Let’s assume that UC is not covered officially. Might there nonetheless be elements in the governor’s plan that would potentially push the Regents to follow suit?

The plan for new hires puts 67 as the age of normal retirement. There could be pressure on the Regents – if the plan is adopted – to set the normal retirement age in our lower-tier plan at 67.

Another concept that might raise pressure for emulation by UC is the idea – mentioned by the governor in the news conference – that career retirees should have an income equal to 75% of final salary with one-third coming from each of Social Security, defined benefit, and defined contribution. Exactly how this would be applied and how it would mesh with a cap is unclear. [It may be that the 75% is what is meant by a cap.]

It might be noted that the proposal needs legislative approval. A KPCC radio program (embedded below) after the governor’s conference featured comments by Democratic and Republican leaders in the legislature as well as yours truly. The Republican was surprisingly positive. Elements of the plan will require a vote of the people, including some restructuring of the CalPERS board. The legislature could put a proposition on the ballot, but bipartisan support would be needed to do so. In theory, a proposition could be put on the ballot via the initiative process. But initiative signature gathering requires $1-$2 million for signature gathering firms. The governor doesn’t have that kind of money lying around.

As more info becomes available, we will update you via this blog.

The press release with the 12-point plan is at: http://gov.ca.gov/docs/Twelve_Point_Pension_Reform_10.27.11.pdf

Here is the governor’s press conference:

Here is the radio interview: