Round 1 of Tuition Negotiation: Discuss Rather Than Enact (for now) 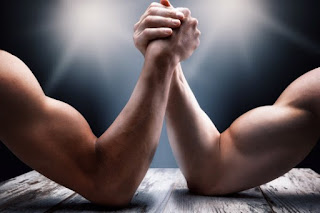 Gov. Gavin Newsom expressed adamant opposition on Tuesday to any tuition increase at the ten-campus University of California, saying proposals to hike UC tuition over the next five years were unwarranted. Meanwhile, UC student leaders challenged the timing of a vote by UC regents on proposed tuition hikes originally scheduled for this week.

Facing those developments, the UC regents postponed voting on plans to raise undergraduate tuition in each of the next five years and instead will just discuss the matter on Wednesday. Any action on the tuition plans – which could have raised costs as much as $606 for new students in the fall and more in the four following years– may not occur until March or later.

Newsom’s press secretary Jesse Melgar, in an email to EdSource, explained the governor’s opposition to the UC proposals.

“Given the major increase for higher education funding provided in last year’s budget and the similar increase proposed by Governor Newsom for next year’s budget, he believes that the proposed tuition increase is unwarranted, bad for students and inconsistent with our college affordability goals,” Melgar wrote.

The governor, who serves on the regents board, recently proposed a state budget that would provide the UC system with a five percent, or $217.7 million, increase in state funding for next year boosting the total to about $4 billion. Whether the governor’s opposition directly led to the vote delay could not be immediately confirmed. In some past years, UC leaders have raised the possibility of tuition hikes and later withdrew them after state funding was bolstered. The proposals under discussion would be the first UC tuition increase since 2017.

Varsha Sarveshwar, president of the UC Student Association, said she believed the vote was delayed after her organization protested that a vote this week would violate state law. She said the regents had notified the student association about proposed tuition increases for one year, but not for the five years the items turned out to include. That was a major change, she said. So the association told the regents that a vote this week would violate AB 970, the 2012 law that requires the student group be notified about any tuition plan 40 days before a vote on it.

The delay, she said, “is a small but meaningful victory for students.” Sarveshwar said her organization anticipates the tuition increase will return to the regents in March and May and that students will “continue advocating for flat tuition and for increased state investment.”

A statement from UC confirmed the postponement and attributed it to students’ protests over notification.

“We understand and take seriously the concerns by students who have requested more time to consider the proposed plans and welcome ongoing productive conversations with them. In the meantime, we look forward to a comprehensive discussion about tuition at tomorrow’s meeting, which will help inform a future vote by the board,” the statement said.

UC regents chairman John A. Pérez, in a statement from his office, said he determined UC’s noticing requirement would not have been met if a vote proceeded this week. So Pérez “concluded it would be inappropriate to take up the item without giving all stakeholders a chance to be heard with appropriate notice,” according to the statement.

Editorial comment: As a prior blog post noted, the appearance of the tuition proposal as an action item on the Regents' agenda can be interpreted as a public negotiation.* The governor didn't give UC what it wanted in his January budget proposal. As we noted, the actual increase - once you get away from the fuzzy one-time vs. ongoing distinction - is less than the general rate of inflation. So the proposal that was to come to the Regents was ostensibly tuition increases at the rate of inflation (in two options and actually somewhat above the likely rate of inflation). That step has now gotten the governor's attention. The item will be discussed rather than enacted for now. And the ball is now in the governor's court (and the legislature's court) to come up with more dough. You can't tell me that the chair of the Regents, John Pérez - a former major political figure in the legislature - allowed the item to be put on the agenda and has now pulled back, without planning this outcome in advance. (The official explanation, of course, is that the item was changed to discussion-only because of certain notice requirements that have now been discovered.)
----
*https://uclafacultyassociation.blogspot.com/2020/01/buttering-up-governor-part-3.html
Posted by California Policy Issues at 8:40 AM