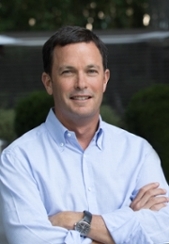 In the last few days of his administration, Gov. Jerry Brown appointed a new UC regent to fill out a vacancy. Whether he made the appointment in collaboration with incoming Gov. Newsom is unknown. However, Gov. Newsom has now nominated the Brown appointee - Jonathan "Jay" Sures, a Hollywood executive - for a full term as a UC regent:

UTA co-president Jay Sures has been reappointed to the University of California Board of Regents for a 12-year term. The term, which is still pending Senate confirmation, will be effective from March 2 and was announced among a larger batch of appointments by Governor Gavin Newsom. Sures was first appointed to the position in Jan. 2019 to complete the final year of an existing term.

Sures has been co-president of the talent agency since 2017, having previously been managing director since 1989. He currently oversees UTA’s TV, news and broadcast, and speakers business. He joined UTA in 1991 and has represented some of TV’s most successful show creators and prominent news broadcast talent over the course of his career...

His connection with the University of California began as a student at UCLA, and he previously served as co-vice chairman of the school’s Jonsson Comprehensive Cancer Center Board of Directors. The Democrat was also an assistant visiting professor at UCLA’s School of Theater, Film and Television from 2005 to 2006. The announcement of Sures’ new appointment was made by Governor Newsom on Friday.

Note: There is an ongoing dispute between the Writers Guild of America and the various talent agencies. Sures has had a role in that dispute:
https://www.hollywoodreporter.com/news/utas-jay-sures-aims-restart-talks-between-writers-agents-1213138
Posted by California Policy Issues at 7:03 AM