Buttering Up the Governor - Part 3 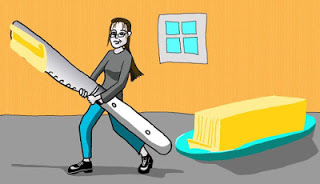 We noted in past postings that the UC prez and the Chair of the UC Regents made nice statements about the governor's proposed budget (released on Jan. 10 and also discussed on this blog). Apparently, the strategy is to avoid direct confrontation - despite an allocation below the rate of general inflation - and then seek more from the legislature.

It appears that to put pressure on both the governor and the legislature, the Regents will be proposing (threatening?) a sequence of tuition increases which, of course, the state could "buy out" by increasing UC funding. In effect, a "negotiation" is in progress.

The LA Times has the story:
https://www.latimes.com/california/story/2020-01-16/uc-proposes-annual-tuition-increases-for-next-five-years

Note that the details of the two tuition alternatives being considered may matter less if the exercise is viewed as a negotiation than the fact that tuition goes up under either option, unless - of course - more funding is added.
Posted by California Policy Issues at 10:27 AM