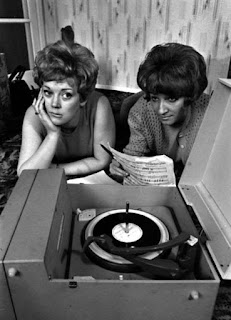 Note: An earlier post noted the resignation of UC prez Janet Napolitano at the Sept. 18 Regents meeting.* Below is a summary of that event and other items from that meeting. Archived audio of the morning and afternoon sessions is at the links below the summary.

As we do from time to time, we point out once again that if the Regents archived their recordings instead of preserving them for just one year, there would be no need for us to do the archiving.

After six years in office, UC President Janet Napolitano announced that she will step down from her position effective Aug. 1, 2020, during Wednesday’s UC Board of Regents meeting at UCLA.

Napolitano was appointed as UC president in 2013, after acting as secretary of the U.S. Department of Homeland Security, or DHS, from 2009-13.

“This particular chapter in my professional history has been especially meaningful,” Napolitano said at the meeting. “My years at the University of California have shown me the monumental value of higher education to individuals, to families, to communities, to the state and indeed to the world. Long after I leave this job I will continue to fight for public education.”

Napolitano said after taking a sabbatical, she will begin teaching at UC Berkeley’s Goldman School of Public Policy in fall 2021. The topics Napolitano will teach have not been determined yet.

According to Napolitano, she will use her last academic year in office to make progress toward multiyear goals adopted by the Board of Regents such as increasing the number of degrees given by the UC system, strengthening policy around sexual harassment and sexual violence, continuing to improve student housing and basic needs, and making progress toward carbon neutrality.

“We’ve seen the university is better off today than when Janet took over as president,” Regent George Kieffer said. “We’re not done yet though — Janet has some work to do that we expect her to complete, and she’s laid out an ambitious agenda for the next few months.”

According to Sarveshwar, Napolitano’s accomplishments include increasing transfer and first-generation student enrollment and creating a systemwide Title IX office. Sarveshwar said over the past six years, however, the UC system has continued to see issues such as food and housing insecurity — as well as sexual violence and sexual harassment.

“President Napolitano was the first president to regularly meet with students,” Sarveshwar said in an email. “We certainly disagreed on many issues with the UC administration, but this willingness to engage with students was greatly appreciated.”

According to a press release from the UC Office of the President, or UCOP, Napolitano created Deferred Action for Childhood Arrivals, or DACA, during her time as DHS secretary. Under Napolitano, the UC system became the first academic institution to sue DHS for revoking DACA.

“We have a number of undocumented students, not all of them are in DACA, but they are all members of the university community,” Napolitano said. “So I hope that the university continues to provide support for them.”

UC Board of Regents chair John Pérez said he will announce the members of the search committee to find Napolitano’s successor this week. Pérez added that students, alumni, faculty and staff from each campus will be involved in the discussion.

During Wednesday’s UC Board of Regents Finance and Capital Strategies Committee, the board approved the UC system 2020-21 budget for state capital improvements. According to the budget, about $325 million is set aside to “support seismic retrofit or replacement for UC’s most vulnerable buildings.”

According to the agenda, the current UC system budget saw a loss of $95 million in one-time state support compared to the 2018-19 academic year. David Alcocer, UCOP budget analysis and planning associate vice president, said one consequence of the lack of funding will be postponing funding for items such as student services and faculty hiring.

According to Taylor, her office has refined and expanded metrics for complaint data collected from campuses regarding sexual harassment and sexual violence. Taylor added that the benefits of the new metrics include improving the accuracy of the data and the Title IX officer’s ability to identify patterns.

“We also issued guidelines requiring that the campus Title IX offices implement their own internal processes to assist them in regularly identifying patterns — and tailoring their education and outreach efforts accordingly,” Taylor said at the meeting.

Taylor added that her office is working on implementing a case management system to be used across the UC system. Currently, different systems are used at each campus, according to Taylor.

During the meeting, Student Regent Hayley Weddle called for a full board conference into sexual harassment and sexual violence topics.

“I think everyone in the room agrees that prevention and prevention education needs to be a really key aspect of the UC’s focus on addressing sexual violence and harassment,” Weddle said.

Links to the audio of the morning sessions, Sept. 18:
Full Board:

Links to the audio of the afternoon sessions, Sept. 18:
Academic and Student Affairs:


or direct to:
Academic and Student Affairs:
https://archive.org/details/8financecapstrategiesnatllabs/7-Academic+%26+Student+Affairs.wma

[Note: The Governance Committee session was postponed until Sept. 19.]
Posted by California Policy Issues at 8:03 AM