Listen to UC-Regents Committee on Investments 2-26-2013 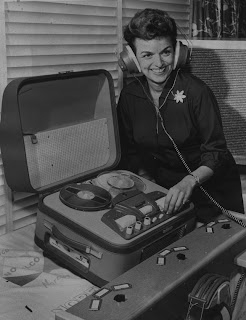 The Regents Committee on Investments met earlier today, in part by phone conference call.  Note our earlier post today which contains links to the agenda.

Some highlights.  There was a dispute, not always in entirely friendly terms, between one Regent ("Gary" or sometimes "Gerry Rogers {sp?}") on a phone line, and the others about comparison of the returns of other major university endowment returns with UC returns over both short term and longer terms.  [The odd thing is that there is no Gary or Gerry {Jerry?} listed on the committee or, for that matter, on the list of Regents found on the Regents' website.]  "Gary/Gerry" kept pressing for discussion which was resisted by others on the grounds that a) the comparison wasn't appropriate because UC has changed its strategy and b) the data from Cambridge Associates were not available.  Gary/Gerry got the info - he said - from the other universities.  You can hear the exchange from roughly minute 7:30 to minute 23:30.

Another component of the discussion involved a reduction recommended in the fixed income portfolio of U.S. government securities including TIPs (inflation-indexed Treasuries).  The rationale provided was a concern that the Federal Reserve will at some point stop holding down interest rates and yields on such securities will rise (so that there will be a capital loss on holdings of these securities.)  The general discussion of this matter is at approximately 1:12 - 1:32.

Finally, there is a short anecdote about how the state stiffed UC at one point last year when the state ran into a cash flow problem.  Apparently, UC makes its payroll and the state quickly puts the funds in the bank involved.  There is a brief point where the bank is advancing the funds.  At some point, the state didn't make the payment and UC in effect had an overdrawn account by hundreds of millions of dollars.  The bank now insists on getting the money first before the payroll goes out.  This episode is described at 1:32-1.35.

Generally, the UC treasurer is requesting more "flexibility" in portfolio management than in the past, with the flexibility being passed along to the various fund managers with which the treasurer contracts.  I would characterize this change as a willingness to take a more active/aggressive approach relative to a more passive strategy.  The treasurer would likely have a somewhat different characterization and talk about being able to be more "opportunistic" in fund management.

Towards the end of the meeting, there was a review of campus foundation financial results.  The regents seemed somewhat unclear as to what responsibility they had for these foundations which make their own investment decisions.