The Moral: It's a Good Idea to Avoid the Rush 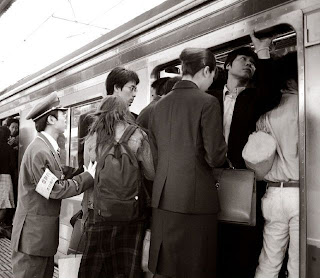 From Inside Higher Ed today...

Maybe it was inevitable that one of the new massive open online courses would crash. After all, MOOCs are being launched with considerable speed, not to mention hype. But MOOC advocates might have preferred the collapse of a course other than the one that was suspended this weekend, one week into instruction: "Fundamentals of Online Education: Planning and Application."

Technology and design problems are largely to blame for the course's problems. And many students are angry that a course about online education -- let alone one offered by the Georgia Institute of Technology -- wouldn't have figured out the tech issues in advance, or been able to respond quickly once they became evident...

The true moral of this tale is not that online education can't "work" but that seeing it as a magical device that will solve the squeeze between limited state funding and gubernatorial decrees about no tuition increases is just plain silly.  The governor needs to do what his dad did, i.e., set an orderly process in motion to develop a new Master Plan.  This process cannot simply consist of the governor sitting in at meetings of the Regents and the boards of the other two segments and making erudite statements.  Rather than doing research on why the governor is technically president of the Regents - which Gov. Brown said he is undertaking - why not do research on how the original Master Plan was created?

Here is an online start for such research: