Listen to Radio Interview with President Yudof on UC Future 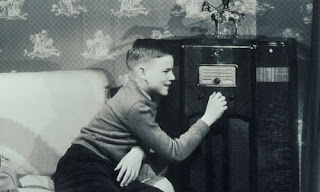 Yesterday, KPCC's Airtalk with Larry Mantle featured an interview with the heads of the three segments of higher ed in California: President Mark Yudof of UC, Chancellor Timothy White of CSU (and until recently Chancellor of UC-Riverside), and Brice Harris, Chancellor of the community colleges. The full broadcast ran about three quarters of an hour.  I have pulled out just the Yudof excerpts which run about one third as long.

As blog readers will know, Yudof has resigned as UC president, effective August.  So he may now be a bit freer to say what he wants - but, of course, not totally free since he continues to serve and will have to deal with the governor for several more months. He discusses tuition (frozen for now), pensions (which he cites as the major rising cost factor for UC), the rising student-to-teacher ratio (which he says is why other costs have not risen), and faculty pay (which he says is below what private institutions pay but faculty at UC do it for the social good).  He stresses that the state doesn't pay for research which brings in outside funding.  Also discussed are elitism, the $10,000 degree pushed by various governors, state support, online education and larger classes.  Since the state won't pay and tuition can't rise, the only solution is some mix of larger classes, online ed, transfers from community colleges, credits for work experience.  Will this hurt quality? He hedges but says that's what is coming.  Yudof is annoyed, and says so, about media complaints concerning high executive pay.  UC pays less than the privates, you have to pay attention to the labor market, and that there is the social good argument. (Administrators, like faculty, work for less than market due to the social good.)  He would like to see UC take 30,000-50,000 students more than it does due to population increases and the rising Latino population.  And he would like to see regular faculty do more undergraduate teaching.

You can hear Yudof's comments at the link below: