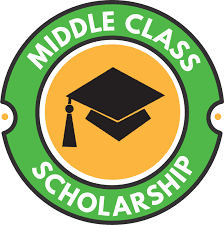 The legislature has retained the Middle Class Scholarship program, which funds scholarships to UC and CSU for California residents. See:
https://middleclassscholarships.org/

These scholarships were a pet project of Regent John A. Pérez when he was in the legislature. He was later appointed to the regents by Gov. Brown who now is proposing to end the program. The governor did not mention the program in his announced deal with the legislative leaders. See:
https://www.gov.ca.gov/news.php?id=19844

So will he use his line-item veto to kill the program or reduce it? Somewhere between June 15 and June 30, we will find out:

The California Legislature’s final actions this year on higher education funding will please some middle-income families but may lead to conflicts with Gov. Jerry Brown.

The embattled Middle Class Scholarship program that Brown sought to end was kept alive in the conference committee budget legislation that both houses are expected to approve this week. Saying it was too expensive and not efficient, Brown wanted to phase out the program that provided aid for about 50,000 middle class students at California’s two public university systems this year. But parents around the state whose income was not low enough to qualify for Cal Grants lobbied the Legislature for the Middle Class aid to continue.

Begun in 2014-15, the grants were aimed at easing the tuition burden of families with annual incomes generally between $80,000 and $150,000. Depending on school, income and other aid a student receives, those grants will be as much as $5,052 next year for a UC student and $2,298 for a CSU student, according to the California Student Aid Commission, which administers the grants.

Brown’s staff had estimated that the phase-out over four years would have saved about $116 million. His administration did not answer requests for comment about whether Brown might line-veto the aid program...

Full story at https://edsource.org/2017/california-middle-class-families-may-still-get-scholarship-help/583237
Posted by California Policy Issues at 8:53 AM