The End (for now) 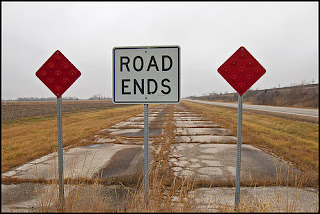 If you follow state news, you know that a single-payer health plan has been moving through the legislature, partly in response to current events in Washington, DC. There are various versions of "single payer" but generally it replaces private insurance carriers with a government-run insurance entity. Under any such play likely to be adopted in the U.S., hospitals, doctors, and other health providers would remain largely private. They would simply receive payments from the government insurance entity rather than, say, Blue Cross.

If California had gone ahead and created a single-payer plan, UC's various options would be replaced by the government-run insurer. Exactly what that would mean would depend on what the new insurer covered.

For now, however, the single-payer plan in the legislature, which was really more a concept that a detailed program, is dead:

Rendon announced plans to park the bill to create a government-run universal health care system in Assembly Rules Committee “until further notice” and give senators time to fill in holes that the bill does not currently address.

“Even senators who voted for Senate Bill 562 noted there are potentially fatal flaws in the bill, including the fact it does not address many serious issues, such as financing, delivery of care, cost controls, or the realities of needed action by the Trump administration and voters to make SB 562 a genuine piece of legislation,” Rendon said.

Democratic Sens. Ricardo Lara and Toni Atkins, who introduced the proposal, acknowledged the bill was dead for the year. Lara and Atkins had described the bill as a work in progress when it passed the Senate earlier this month without a funding plan. A legislative analysis pegged the cost at $400 billion.

The abrupt announcement shields members of the Assembly from having to take a difficult vote that could be used against them by critics or supporters of the policy...

Final note: The reference to the "cost" refers to the gross cost. Note that the proposed government insurer would collect as revenue what had been premiums paid to private insurers, either as taxes or some kind of alternative premiums. Probably, the key cost would be covering people who are uninsured, particularly if some replacement of "Obamacare" reduces or ends reimbursements from the federal government.
Posted by California Policy Issues at 5:30 AM