Faculty member on the Regents? Not Quite So 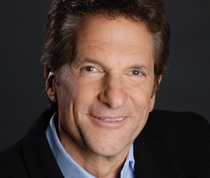 Among the new Regents appointed by Gov. Brown is entertainment executive Peter Guber. According to the San Francisco Chronicle, Guber is a professor at UCLA:

"Guber, 75, of Los Angeles, joined with Joe Lacob to head the group that bought the (Golden State) Warriors in 2010. Chairman and CEO of Mandalay Entertainment Group since 1995, Guber has a long history in the entertainment industry. He is a professor at the UCLA School of Theater, Film and Television..."*

If that were true, it would raise all kinds of issues since the Academic Senate a long time ago decided having a voting member on the Board of Regents would be improper due to conflict of interest. (Yes, you can disagree and point out that there is a student regent, but that's the way it is.) However, the Chronicle is incorrect. Gruber is a member of the Executive Board of the UCLA School of Theater, Film, and Television, not a prof. You can find him on the School's website at http://www.tft.ucla.edu/about/executive-board/peter-guber/. He is listed as a lecturer at the Anderson School in the UCLA directory, which means he sometimes teaches.
---
*http://www.sfchronicle.com/bayarea/article/Warrior-s-owner-among-new-UC-regents-appointed-11192628.php
Posted by California Policy Issues at 7:23 AM